Governor Kalraj Mishra asked Ashok Gehlot cabinet how he can allow the session to be convened when the state has nearly 40,000 Covid-19 cases. 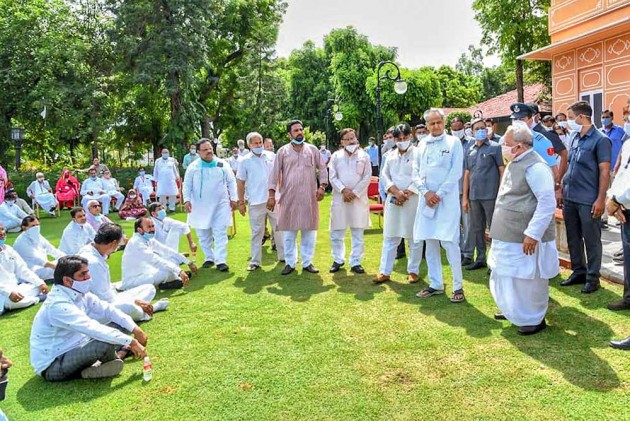 Rajasthan Chief Minister Ashok Gehlot on Wednesday met Governor Kalraj Mishra after he returned for the third time the state government’s proposal to convene an assembly session, citing rising coronavirus cases in the state. The meeting, the second in recent days, lasted for about 15 minutes.

"The love letter has already come. Now, I am only going to have tea with him,” Gehlot told party workers at the state Congress office before heading for the Raj Bhawan.

The Governor said if the government was not stating the reason for holding a short-notice session, it could call a regular session at 21 day’s notice.

This is the third time that Mishra has rejected Gehlot cabinet's proposal for an Assembly session.

Mishra asked Gehlot cabinet how he can allow the session to be convened when the state has nearly 40,000 Covid-19 cases. How will the government ensure social distancing in the Assembly, he asked.

Mishra on Monday had agreed to summon assembly session if Gehlot government agrees on giving a 21-day notice.

Although Mishra is bound to accept Gehlot government's recommendation for convening an Assembly session, he had stopped short of expressly granting a time and date. No warrant for convening a session had been issued by the Raj Bhavan either.

"Not convening the Assembly was never the intention," the Governor's office had said.

At an event earlier in the day, Gehlot told party MLAs that he will meet the Governor again over summoning the session.

The state cabinet on Tuesday sent for the third time a proposal on the session to the Governor.