Hindu Singh Sodha, president of the Seemant Lok Sangathan, said that the state government has failed to act upon the high court's direction which clearly states that Pakistani migrants should not be excluded from vaccination. 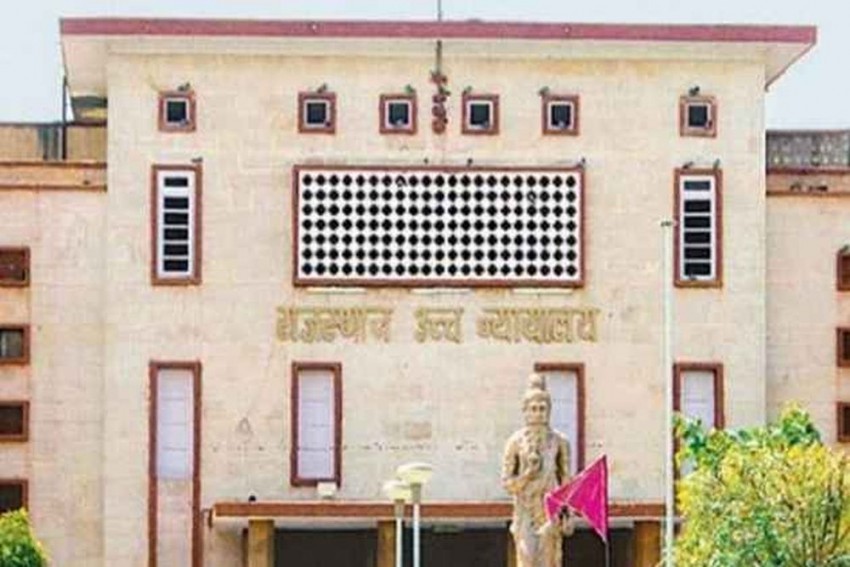 The Rajasthan High Court on Thursday directed the state government to explain that why it is not considering the Pakistani minority migrants, who are not having prescribed identity cards, eligible for Covid-19 vaccination.

The Rajasthan High Court said that it has already clarified on May 28, 2021, that such Pakistani minority migrants are eligible for Covid-19 vaccination as per the central government SOP dated May 06, 2021. The status regarding the availability of ration/food packets to the needy Pakistani minority migrants in the state of Rajasthan is also submitted.

In its order on Thursday, the division bench of justices Rameshwar Vyas and Vijay Bishnoi said, “It is noticed that once this Court in its order dated May 28, 2021, has already opined that SOP dated May 06, 2021, is not excluding the Pakistani minority migrants, who are eligible for Covid-19 vaccination, then it is difficult to understand that why the state government is seeking further clarification from the central government and requesting it to include the Pakistani minority migrants in the SOP dated May 06”. The court said, “No compliance report pursuant to the direction given by this court vide order dated 28.05.2021 has been submitted instead a note prepared by the Chief Medical and Health Officer, Jodhpur and letters were written by the Municipal Corporation Jodhpur (North)”.

Hindu Singh Sodha, president of the Seemant Lok Sangathan, an organisation working for the rights of Pakistani Hindu migrants in Rajasthan told Outlook, “It's been five days since the court has clearly directed the state government to provide vaccination to those Pakistani Hindu Migrants who do not have an Aadhar card. But so far nothing has been done. The district administration has speeded up the vaccination drive for those Pakistani migrants who have an Aadhar card. But this will not serve the purpose”.

The state government in the last hearing told the high court that around 25,000 (Pakistani minority migrants are at present residing in various districts of Rajasthan including around 7,500 in Jodhpur.

“Covid has created a scare in the settlements especially after a few succumbed to this dreadful disease. They are facing the worst. We had written a series of letters to Prime Minister Narendra Modi and Rajasthan Chief Minister Ashok Gehlot, demanding an intervention in the matter to ensure a vaccination drive for the migrants back in April”, Sodha added.

In wake of concerns raised by the civil society groups about the lack of vaccination facilities for Pakistani Hindu refugees, the Rajasthan high court on May 28, directed the state government to ensure that ration and food material be made available to all the needy Pakistani migrants residing in various districts of Rajasthan.

The Jodhpur bench of Rajasthan high court had also added that guidelines issued by the Centre in no way exclude such migrants when it comes to Covid-19 vaccination.

While hearing a suo moto petition about the struggles of Pakistani migrants during the Covid-19 pandemic, the court observed, “We are of the opinion that the SOP on COVID-19 vaccination of persons without prescribed identity cards through CoWIN issued by the central government is elaborate and in no way excluding the Pakistani minority migrants who are eligible for Covid-19 vaccination,” the court said in its order.

Outlook had reported on the struggles faced by Pakistani Hindus in Jodhpur.

As per the activists, around 70 per cent of the Pakistani minority migrants do not have an Aadhar card which makes them ineligible for the vaccination as per the norms of the central government

On May 13, the Seemant Lok Sangathan, which has been working for the rights of Pakistani Hindu migrants for more than three decades had moved an application at Rajasthan High Court. The next hearing is slated for June 10, 2021.