Rajasthan Runs Out Of Stock Of Covid Vaccines; Imposes Night Curfew Across The State

Amid scarcity of vaccines, a batch of 320 doses of Bharat Biotech’s coronavirus vaccines – Covaxin – was stolen from Jaipur’s Kanwatiya Hospital in Shastri Nagar 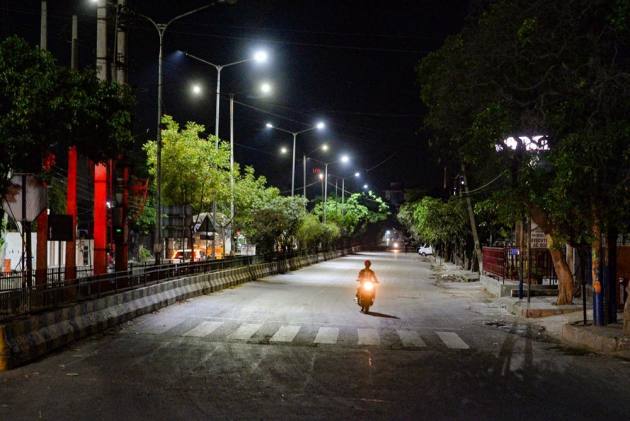 Owing to the rise in the cases the government has issued new guidelines on Wednesday - According to which a strict curfew will be imposed across the state between 6 PM to 5 Am. As per the revised guidelines the private offices and markets to close by 5 PM, whereas government offices to close at 4 PM till April 30, 2021. Rajasthan on Wednesday saw a new high of 6,200 Covid cases, out of which the highest number was registered in Jaipur, at 1329. The death toll was also the highest to date, with 29 fatalities in the last 24 hours.

Raising concern over the increase in the number of Covid-19 cases in the country, Rajasthan Chief Minister Ashok Gehlot appealed to the Central government to remove the age restriction for the Covid-19 vaccination.

In a letter to the Union health minister, state health minister Raghu Sharma on Tuesday said the state was out of stock of vaccines and requested him for a fresh 30 lakh doses. "We have an acute shortage of dosages. We are just left with 1.5 lakh vaccination dosages. The stock got over last week. We have been repeatedly requesting the Centre to send the vaccines but so far no action has been taken.”

Covid-19: These States Require A Negative RT-PCR Test For Entry

Rajasthan is also the second state after Maharashtra to have administered over one crore (10 million) doses of coronavirus vaccine. "It is very difficult to cope since the daily vaccination had gone up to around 6 lakh last week. But we had slowed down on the numbers from the past week. We are ready for 7 lakh vaccinations per day. Earlier, we used to do 4-5 lakh a day. But the target of seven is only possible after they send us the requisite amount of vaccination. Otherwise, we have already planned to increase the pace of vaccination through a collaborative approach and effective mobilisation of beneficiaries," Sharma added.

The vaccination shortage was brought into notice last week when Chief Minister Ashok Gehlot in a virtual meeting with Congress leader Sonia Gandhi said that the scarcity was a reality and the Union government should take states on board as stakeholders and not as their adversaries. The chief ministers of the Congress-ruled states were speaking during a virtual meeting chaired by Congress chief Sonia Gandhi with leaders of states ruled by the party to take a view on their ongoing efforts against the coronavirus pandemic.

Before this, the Rajasthan chief minister on Friday wrote to Prime Minister Narendra Modi that vaccine stocks in his state will last only till Sunday. Gehlot said the shortage of vaccines was a reality.

Urban areas in Rajasthan to shut down at 6 pm

Owing to the rise in Covid cases, the government issued new guidelines on Wednesday which imposed a night curfew in cities from 6 pm to 6 am, ordered the closure of all private offices and markets by 5 pm and government offices at 4 pm till April 30, 2021.

Rajasthan on Wednesday registered 6,200 new Covid cases, the highest number in Jaipur ---1,329. The death toll was also the highest to date, with 29 fatalities in the past 24 hours.

Raising concern over the increase in the number of Covid-19 cases in the country, Gehlot appealed to the central government to remove the age restriction for the jabs.

Amid scarcity of vaccines, a batch of 320 doses of Bharat Biotech’s coronavirus vaccines – Covaxin – was stolen from Jaipur’s Kanwatiya Hospital in Shastri Nagar on Wednesday morning. The vials – each containing 10 doses – went missing during transit when they were on their way to the cold storage.

The hospital has filed an FIR (first information report) with local police and an investigation is underway.

The Opposition BJP took on the Congress over the vaccine theft with Union minister and MP from Jodhpur, Gajendra Singh Shekhawat tweeting, "This is the only case of vaccine theft from Rajasthan. In the state, the criminal acts are so high that even coronavirus has failed. Congrats to CM Gehlot for making records in 'failures.’"