While the Rajasthan police had registered a case of murder soon after the Haryana resident’s death in April 2017, it was also investigating the cow smuggling charge. 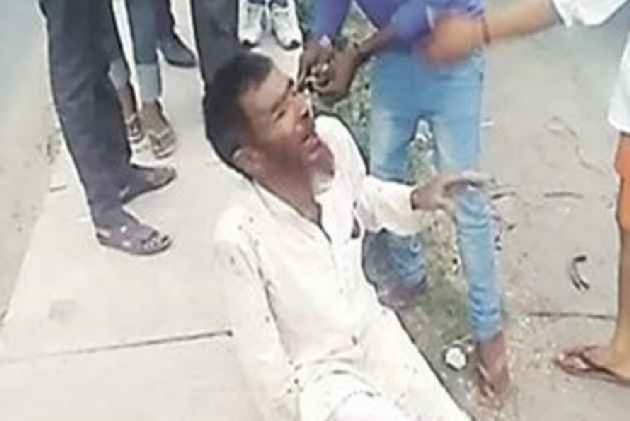 An Alwar court has accepted the police plea to investigate further a cow smuggling case against a truck operator and the two sons of Pehlu Khan, who was lynched two years ago for allegedly transporting the animals illegally.

While the Rajasthan police had registered a case of murder soon after the Haryana resident’s death in April 2017, it was also investigating the cow smuggling charge.

Fangs Of A Vigilante Herd

Gehlot had then said the police could reinvestigate aspects of the cow smuggling case, registered when the BJP government was in power.

Days later, the police filed an application in court seeking permission to conduct a further probe.

The police argued that Pehlu Khan’s sons have said they were going to sell the animals in Tapukara in Rajasthan’s Alwar, contrary to the investigation earlier which suggested that the cows were being taken to another state.

Also, the truck operator has claimed that he had sold the vehicle to someone else before the incident took place. If proved correct, this could absolve him of the charge that he was involved in transporting cattle illegally.

The three had been charged under the Rajasthan Bovine Animal (Prohibition of Temporary Migration or Export) Act, which allows transportation of cattle only after getting permission from the administration.

Pehlu Khan's name was dropped from the charge sheet filed in May as he has died, police had said earlier.

Pehlu Khan and his companions were initially said to be on their way to Haryana's Nuh district from Jaipur when the cow vigilantes stopped two of the vehicles on the Jaipur-Delhi national highway.

Six men were named in the FIR registered in 2017 in connection with Pehlu Khan’s murder.

In the separate case under the Rajasthan Bovine Animal Act, the police had booked 16 people for illegally transporting 36 animals in six vehicles.