Earlier, the family of a temple priest who was burnt alive refused to cremate his body on Saturday till their demands were fulfilled by the state government. 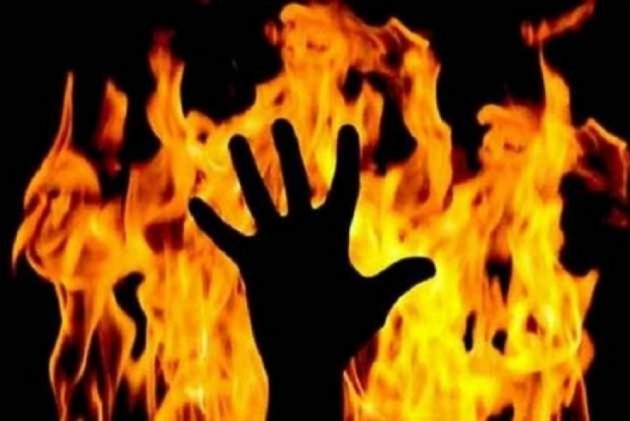 The Rajasthan Priest who had died on 8 October due to the severe burn injuries after the land dispute with the Mafia gang was cremated today after his family ended protest and performed his last rites.

Earlier, the family of a temple priest who was burnt alive allegedly by land grabbers in Rajasthan's Karauli district refused to cremate his body on Saturday till their demands were fulfilled by the state government.

Babu Lal Vaishnav was caught by five people, who wanted to encroach on temple land, near an agriculture farm in Bukna village on Wednesday and set on fire after pouring petrol on him, according to police.

He was admitted in a critical condition to the SMS hospital in Jaipur where he died on Thursday night.

The victim's family has demanded a compensation of Rs 50 lakh, a government job for one of its members and early arrest of the accused.

Vaishnav's family members had said that they will not cremate his body till the state government fulfils all their demands.

The main accused in the case, identified as Kailash Meena, has been arrested, while another has been rounded up, Superintendent of Police, Karauli, Mridul Kachhawa, had said on Friday.

A case of attempt to murder was registered at Sapotra police station and it was converted into a murder case after the death of the priest, he had said.

BJP MP Kirodi Lal Meena met the aggrieved family in Bukna and sat on a 'dharna' demanding justice for them on Saturday.

"People holding responsible positions should stand with the victim's family members so that such incidents are not repeated. I am sitting on 'dharna' with his family members and local public representatives to demand justice. The Ashok Gehlot government should wake up from slumber and ensure justice," Meena said in a tweet.

A three-member committee constituted by the BJP also reached the village to prepare a factual report on the incident.

He said there is anger across the state. There is a demand from all corners that the culprits in this incident should get the harshest punishment and help be given to the victim's family.

The governor discussed with Gehlot the law and order situation in the context of several incidents, including the Karauli incident and the alleged gangrape of two minor sisters in Barmer, they said.

Mishra expressed concern over these incidents. Gehlot told him that the state government has taken cognisance of all these incidents and the police are investigating them, the sources said.

The chief minister assured the governor that the culprits will not be spared and action will be taken in all these incidents after the investigation has been completed, they said.