‘The move of the high command in Punjab has certainly boosted the morale of Congress party workers in Rajasthan,’ says Congress MLA Solanki 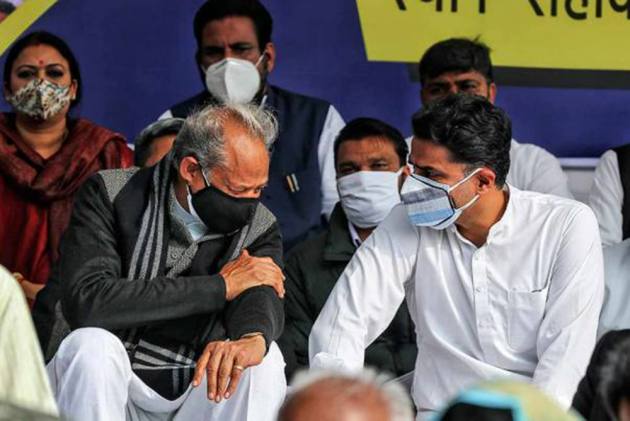 After the elevation of Congress leader Navjyot Singh Sidhu as the chief of the party in Punjab, the presently sidelined loyalists of former Rajasthan deputy chief minister Sachin Pilot are hopeful that the long-running stalemate in the Rajasthan Congress unit might also come to an end, with the intervention of party high command.

It's been more than one year since Pilot along with his 18 loyalist MLAs staged a rebellion against Chief Minister Ashok Gehlot. But a month later, Pilot walked back into the party after its central leadership assured to hear him out following which a three-member committee, comprising Ahmed Patel, KC Venugopal and Ajay Maken, was formed to present a report on the issues highlighted by Pilot. So far, the committee is yet to submit its report. Since the formation of the committee, there has been a fragile truce between the two leaders.

Amid growing impatience in the Pilot camp over the delay in cabinet expansion and other appointments, the news of the appointment of Navjot Singh Sidhu as the Punjab Congress president has come as a big hope. "We are hopeful that the high command will take up the issues highlighted by us. After Punjab, we are sure there will be the much-needed intervention of the high command and our demands will be heard. The high command has once again proved that they can resolve all types of issues emerging in the party or states,” Congress leader and MLA from Chaksu, Ved Prakash Solanki told Outlook. Solanki is one of the 18 MLAs who were a part of Pilot’s rebel group last year.

"It's about time that cabinet expansion should take place in Rajasthan. Also, to strengthen our party the elevation and expansion of congress workers should be done. What they have done in Punjab has certainly boosted the morale of Congress party workers," Solanki added.

As per party insiders, the ongoing tussle between Ashok Gehlot and Sachin Pilot is responsible for the delayed cabinet expansion and political appointments. The Rajasthan Cabinet currently has nine vacancies but it is turning out to be a tight rope walk for the party leadership to adjust all factions.

On July 14, 2020, Sachin Pilot was removed as the deputy chief minister of Rajasthan and from his position as the state unit chief, party spokesperson and two of his loyalist cabinet ministers Vishvendra Singh and Ramesh Meena were sacked from their posts in the state government. Pilot, who was the longest-serving president of the party unit in the state, was sacked by the party after he skipped the second round of meetings convened by Congress to discuss the political crisis in the state. The party immediately appointed primary education minister Govind Singh Dotasara as the new Rajasthan Pradesh Congress Committee president.

Another reason why many in political circles in Rajasthan believe that the Punjab story is likely to be repeated here is a retweet by Rajasthan in charge of the Congress, Ajay Maken. He retweeted a tweet supporting the elevations of Navjot Singh Sidhu as Punjab PCC chief but at the same time also questioning the attitude of chief ministers such as Amarinder Singh, Ashok Gehlot and the late Sheila Dikshit. The original tweet suggested that after some leaders rise to the limelight, they start believing that the party is emerging victorious because of them.