According to the police, candidates of the 2018 exam have been protesting for the past fortnight to press for their demand of filling 1,167 general category posts with Scheduled Tribes candidates. 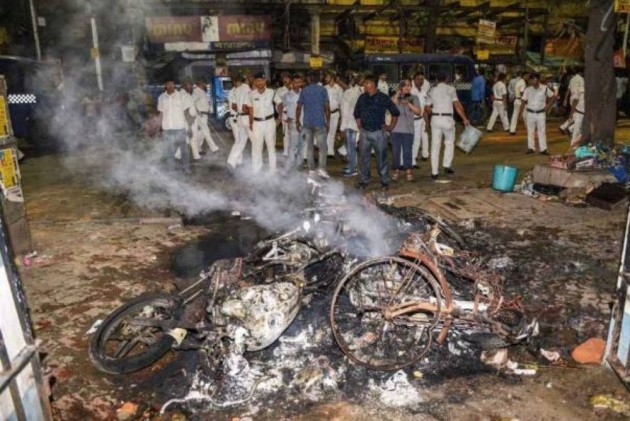 No new incident of violence was reported but the situation remained tense in Rajasthan's Dungarpur district on Saturday where a violent protest by candidates of a teacher recruitment exam a day before forced police to issue prohibitory orders and suspend mobile Internet services.

Inspector General Binita Thakur, who is present in the violence-hit area, said efforts are being made to restore law and order.

According to the police, candidates of the 2018 exam have been protesting for the past fortnight to press for their demand of filling 1,167 general category posts with Scheduled Tribes candidates.

A mob had blocked the National Highway-8 in the Bichhiwara area of Dungarpur, around 500 km south of Jaipur on Thursday. The protesters pelted police with stones and torched several vehicles. Police resorted to a baton charge and fired tear gas to disperse the mob.

The violence continued on Friday.

"The protesters are present on the hillocks on both sides of the highway and the police forces are on the highway. No fresh incident of violence occurred today so far," Thakur told PTI on Saturday.

She said additional police forces have been deployed in the area to bring the situation under control.

Another police official said nearly 25 km stretch of the highway is blocked.

"The highway is blocked from Ratanpur to Khariwara. Traffic can resume only when the situation is completely under control," he said.

The protesters set to flames over 20 vehicles, including buses, vandalised a petrol pump, hotel and other properties in the last two days. The vehicle of Dungarpur superintendent of police and several other police motorcycles were also torched.

According to the police, 35 personnel of the force, including an additional SP and a deputy SP, were injured in the stone pelting on Thursday. So far, 30 people have been in connection of the violence, they said.

Chief Minister Ashok Gehlot on Friday appealed to the agitators to stop the violence and also held discussion with public representatives of Dungarpur district over the situation.