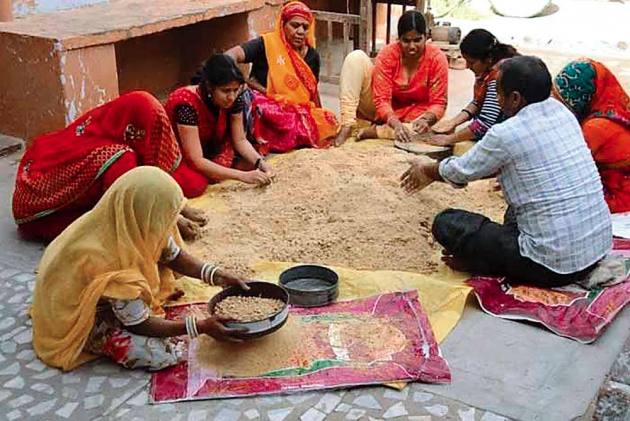 A Tehsildar in Rajasthan's Kota district has written a letter on the occasion of Raksha Bandhan appealing to the public to make women voluntarily give up their rights from the khatedari (parental agricultural land). The letter has drawn wide criticism from the women’s rights groups, who have termed it as patriarchal.

On August 21, Dilip Singh Prajapati, a Tehsildar in Digod Tehsil, wrote a letter titled, 'make Raksha Bandhan memorable, get sisters to voluntarily give up their rights'.

"After the demise of a khatedar, the name of his daughter, son and wife are mentioned in his place. However, there is a tradition since generations that sisters and daughters don’t take their share from parental agricultural land and immovable property and instead take her share from the assets of her in-laws. Some women want to voluntarily give up this right, but this doesn't happen due to the negligence and carelessness of farmers".

The letter adds, "That at times when land is acquired by the government, the cheque for compensation often gets issued in the name of sisters-daughters and in some situations sisters don’t return the amount of the cheque to their brothers. And it creates a division between the bonding of sister and brother. And in most of the cases, siblings die without speaking to each other".

Prajapati added in the letter, "Those sisters who are ready to voluntarily relinquish her rights can make Raksha Bandhan memorable, by voluntarily giving up on her share in the property.” 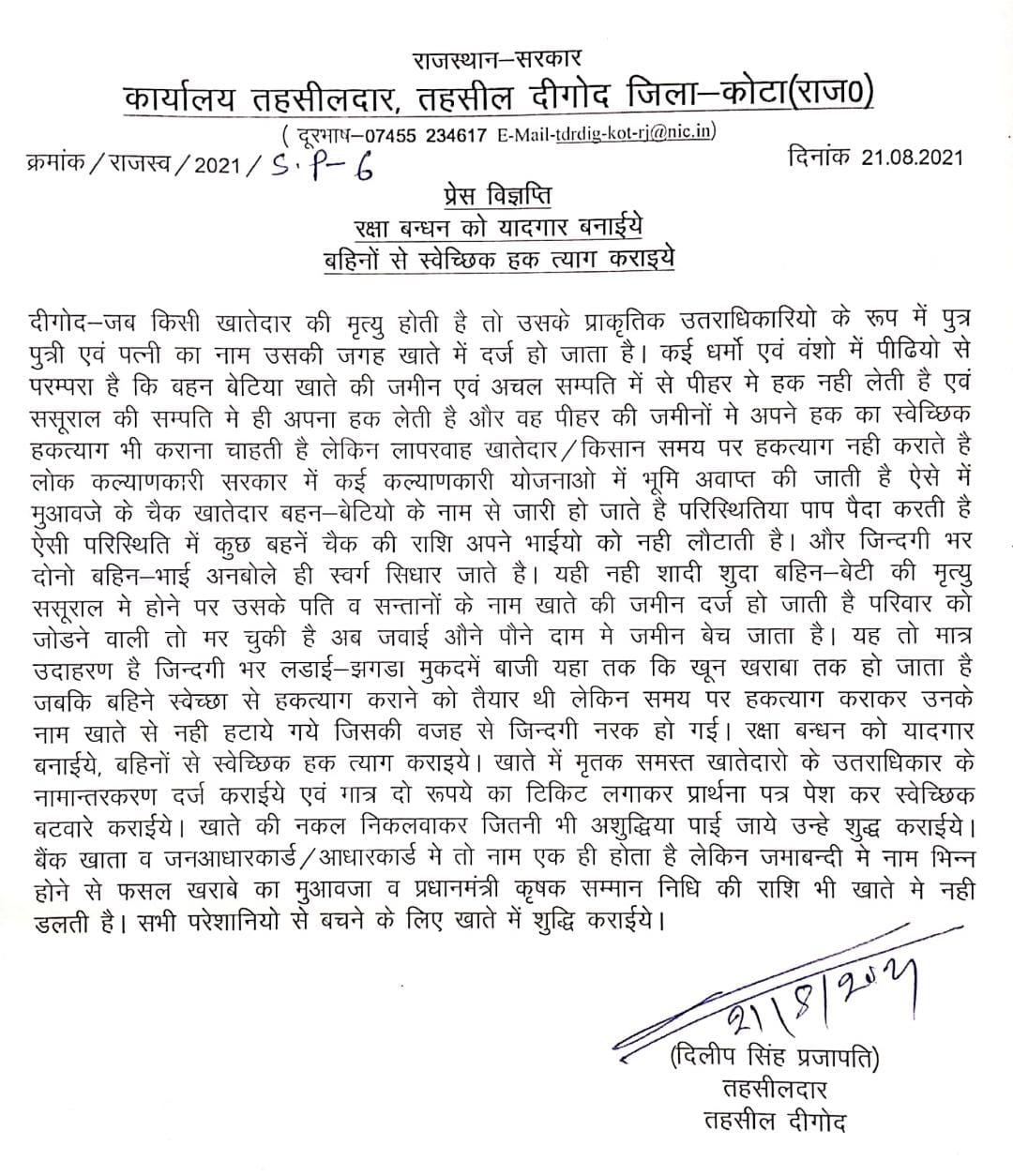 Women’s rights activists have termed the letter as patriarchal and sexist. "The letter is an example of how people with patriarchy mindset come up with such sexist decisions. The Constitution has given equal rights to men and women. So why should women give up their rights? Why should women always sacrifice," said Chandrakala Sharma, an activist based in Kota, who works Ekal Nari Shakti Sangathan (ENSS), an organisation that works for the rights of single women.

However the Tehsildar Prajapati denied that the letter was patriarchal. "The letter does not signify sexiest or patriarchal notions. In the letter, the word voluntarily is mentioned multiple times in the letter. The families waste their time in settling the court cases over the land disputes. And this is an appeal, I chose to make it on the Raksha Bandhan because all sisters come to their parental homes", Dilip Singh Prajapati the Tehsildar who wrote the letter told Outlook.

Reacting to the letter, a joint memorandum was issued by the women's organisation calling for immediate cancellation of the letter issued by Degod, Tehsildar, Kota district and an apology to all women.

A memorandum jointly written by People’s Union for Civil Liberties, Ekal Nari Shakti Sangathan, women’s Rehabilitation Group, Dalit Women fight, Mahila Jan Adhikar Samiti and others reads, " We are outraged that the Degod Tehsildar, Dilip Singh Prajapati, has issued a completely illegal, anti-women press note which brazenly violates article 14 of the Indian Constitution. He has given an open call to all men to “make this Rakshabandhan a memorable one” by making the sisters voluntarily renounce their rights and entitlements related to land and other movable and immovable properties. This press note is a setback for not only the women of Rajasthan but all the women of the country, causing us women trauma, with the openly prejudicial attitude towards women, by an authority on land and revenue matters".