The Rajasthan education department claims that its initiative of offering video lessons in sign language for specially-abled students is the first of its kind in the country. 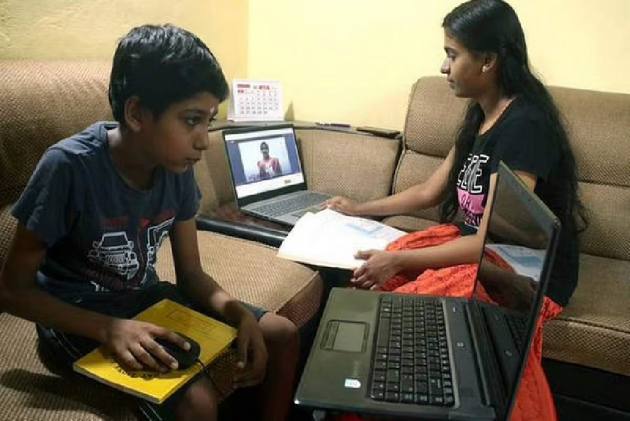 After helping students with online classes during the Covid-19 pandemic through its ‘E-Kaksha,’ now Rajasthan's education department becomes the first to come up with digital lessons for specially-abled children under Samarth Abhiyan.

Last year, the education department delivered e-content through the government’s initiative called E-Kaksha, under which the department has recorded more than 6,000 digital lessons along with other school content. It was made available on digital platforms such as Shiksha Vani, Shiksha Darshan, Social Media Interface for Learning Engagement (SMILE) Program as well as Information and Communication Technology (ICT) lab, YouTube channels and smart classrooms in every government schools.

"The Directorate of Education, Bikaner, and Mission Gyan, a private organization, Vedanta Group companies and Padam Kularia group started this initiative where government teachers record videos and upload them online. It's a CSR based initiative. We roped in around 40 teachers who are recording the lessons from class 6th to 12th for Hindi medium, class 3rd to class 10th for English medium schools and now we are working on the completion of the videos for children with special needs", director of secondary education, Sourabh Swami told Outlook.

According to the education department, around 33 lakh students are connected to E-Kaksha from class 1st to 12th across Rajasthan. "During the pandemic, the students could access the videos while sitting at home. Besides accessing the app and the channel, the teachers are also sharing the content on whatsapp groups are made accessible in remote areas through these groups", Swami added.

Explaining the reach and viability of the E-Kaksha project, Jinendra Soni, founder of the Mission Gyan told Outlook, "The initiative aims to benefit more than 1.7 crore students who are enrolled in government as well as the private schools under RBSE.  Students can access the content through the app as well as the YouTube channel. The response from students is heartwarming".

The teachers who have recorded the videos were shortlisted by the education department. "I am associated with this project for the last six months. I teach science and maths at the middle school and I have been recording the same lessons for them. I personally took the feedback and the response was overwhelming as students can access these videos anytime suitable to them", Hemlata Chandolia, a government teacher at the Mahatama Gandhi school at Kaveri Path, Mansarovar in Jaipur, who is one of the instructors for the E-Kaksha initiative told Outlook.

After successfully catering to the needs of the government school students, now the platform is also offering video lessons in sign language, under a separate section CWSN (children with special needs) in the Mission Gyan app. The department claims that it is the first of its kinds of initiative for specially-abled students started by the Rajasthan government. "We are almost through with the videos in sign language, especially for those students who can't speak or hear. Besides ensuring that they download an app or the videos, we have also asked their teachers to send them links personally on their mobiles. For the demonstration of lectures in the sign language we have onboard the teachers of Jaipur's Seth Anandi Lal Poddar Dumb and Deaf School", Swami, who is also planning to make E-Kaksha reach visually impaired students in the state, added.

Interestingly, as videos are gaining popularity on social media several states have approached Rajasthan for help to format textbooks into video lectures." Around 7000 students in Rajasthan are enrolled who study through sign language and this is a very easy and useful platform for them. I have been teaching them in class. I used similar teaching aids and made it friendly for those who understand sign language", Bharat Joshi, Princiapl at Govt Seth Anandi Lal Badhir Sr Secondary School, who is one of the interpreters, told Outlook.

As per the government data, there are about 89, 000 students enrolled from class 1st to class 12th under the category of children with special needs (CWSN), out of which 7, 200 study through sign language and around1600 are visually impaired.

The experts working closely with hearing-impaired children are finding the videos useful and suggest a few changes. "Delivering lectures in sign language is indeed a very thoughtful gesture of the Rajasthan government. All we need is to develop a universal sign language as it is the mother of all tongues for speech and hearing-impaired students. Other than the course lectures, a separate series could be made on the use of language itself. Also as far as the exams are concerned, around 70 percent should be multiple-choice questions," Pradeep Palawat who works with Sweet Voice, an NGO  for the Hearing impaired and intellectually disabled, told Outlook.