The ubiquitous three-wheeler popularly known only as “auto” in Tamil Nadu has a ready people’s connect since it is piloted mostly by those belonging to the working class and used by the middle class – Rajini’s target groups. 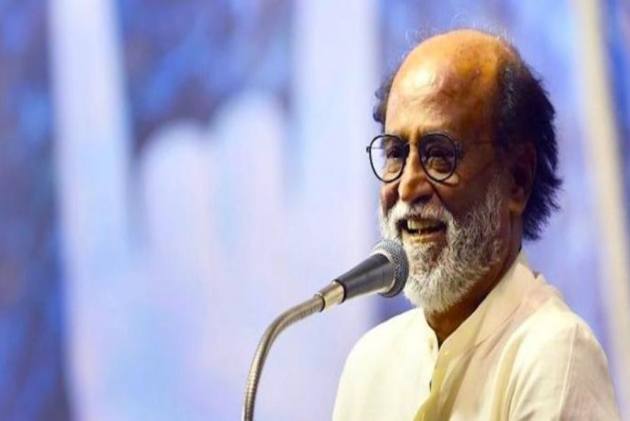 “Autokkaaran, autokkaaran, naalum therijna rootukkaaran” (I am an auto-driver who knows all the ways) is Rajinikanth’s famous introductory song as an auto-rickshaw driver in his iconic super hit film “Baasha” (1995). Looks like Rajini the politician will ride the same auto-rickshaw for this summer’s Assembly election as well.

Though it is not official yet the Election Commission has allotted the “Auto-rickshaw” symbol to a newly registered party called ‘Makkal Sevai Katchi,’ (MSK) believed to be the party floated by Tamil superstar. Loosely translated the party’s name means “People Service Party” and its president’s address is given as Ernavoor, near Chennai where Rajinikanth has a farmhouse. Rajinikanth will announce the name of his party on Dec 31 this year and launch it sometime in January after the Pongal festival. Presently he is busy completing his schedule for the Tamil film “Annathe” (Elder Brother) at Hyderabad.

The ubiquitous three-wheeler popularly known only as “auto” in Tamil Nadu has a ready people’s connect since it is piloted mostly by those belonging to the working class and used by the middle class – Rajini’s target groups. Most autorickshaw drivers have been Rajini fans, especially after the release of “Baasha” a movie in which he becomes an auto-driver in Chennai to live down his earlier avatar of a don from Mumbai only to be dragged back into the violent world.

MSK had originally sought the symbol of ‘two-finger pose’ which is represented by raised fore and small fingers while the thumb held down the other two fingers. The symbol, made famous by Rajini’s other film “Baba”, was refused by the EC since it looked similar to the hand symbol of the Congress. So its second choice of autorickshaw was allotted and the party had also indicated in its application that it would be contesting all the 234 Assembly seats in Tamil Nadu.

While Rajini’s fans are celebrating, actor Kamal Haasan and his supporters are fuming after the EC chose not to allot the “Battery Torch” symbol that had been given to his party ‘Makkal Needhi Maiam’ (MNM) for the 2019 Lok Sabha election. Instead, a little known party ‘MGR Makkal Katchi’ has been given the symbol in Tamil Nadu while the MNM has been allotted the Torch in neighbouring Puducherry. Kamal has expressed his anger and disappointment at the development. His party plans to challenge the denial of the Torch symbol having been allotted the same earlier. “We have been popularizing the Torch symbol in the hope it would be allotted once more to us for the election symbol,” party spokesperson Kumaravel said.

With Kamal, presently touring the state and announcing his intent to contest the Assembly election as an MNM candidate, the symbol is bound to become a prestige legal battle unless the EC restores it to the MNM. Meanwhile, another fledgeling party ‘Amma Makkal Munnetra Kazhagam’ (AMMK) floated by TTV Dhinakaran has managed to the “Pressure Cooker” symbol-using which Dhinakaran had won the famous RK Nagar Assembly byelection in 2017 as an independent defeating both the AIADMK and DMK. However, the party was refused the ‘Pressure Cooker’ symbol for the Lok Sabha election and instead its candidates had to contest that election with the common symbol of “Gift Box” but failed to win a single seat. Ever since its defeat in the LS election and the Assembly byelections held along with it, the party has been seeking the reallotment of the 'Pressure Cooker' symbol.