The police have so far arrested four activists of “Karuppar Kootam”, a rationalist group, after they had posted videos on their Youtube channel that had denigrated the song that seeks the protection of Murugan’s golden spear to various body parts of humans. 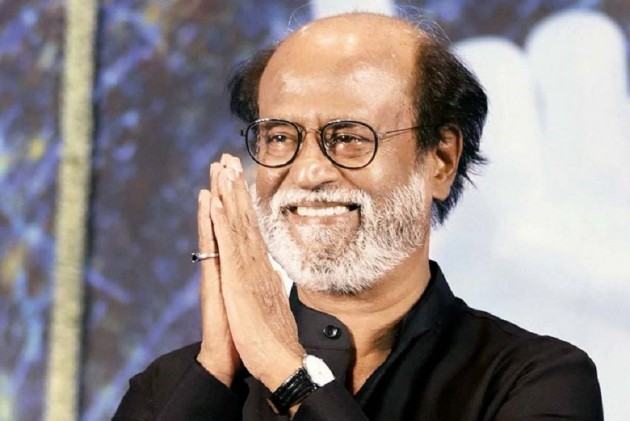 In a significant political statement, Tamil film star Rajinikanth praised the Tamil Nadu government for taking appropriate action against a rationalist group that had demeaned “Kandha Sashti Kavasam”, a devotional song in praise of Lord Muruga.

The police have so far arrested four activists of “Karuppar Kootam”, a rationalist group, after they had posted videos on their Youtube channel that had denigrated the song that seeks the protection of Murugan’s golden spear to various body parts of humans. The Cyber Crime branch had subsequently taken down more than 750 videos of the channel with “malicious content.”

On Wednesday, Rajinikanth, in a tweet with the hashtag “Kandhanakku Arogara” (Praise to Lord Muruga), stated that “the unforgivable act of denigrating the ‘Kandha Sashti Kavasam’ had hurt and agitated millions of Tamils.” He thanked the Tamil Nadu government for acting swiftly and removing the offensive videos.

More significantly, he hoped that “at least in future religious hatred and anti-God propaganda should come to an end.” “All faiths are acceptable, praise to Lord Muruga,” he concluded. Though entering the fray belatedly, Rajinikanth has sought to identify himself with the majority Hindu believers of the state, even as opposition parties have been shy of condemning the offensive video of the rationalist group.

Rajinikanth, the launch of whose political party has been delayed by coronavirus, has used the present controversy to underline his brand of ‘spiritual politics’ – which he later explained actually meant ethical politics and had nothing to do with religion. At the same time, he has sought to distance himself from the rationalist anti-God politics identified with the DMK and some of its allies by asserting that anti-God propaganda should come to an end.

The DMK and many rationalist outfits had criticised Rajinikatnh in January after he had recalled how the Dravidar Kazhagam, under its founder Periyar, had garlanded the pictures of Lord Rama with chappals during a procession in Salem in 1971. And when this was reported by “Thuglak” magazine, the then Karunanidhi government had seized copies of the magazine, Rajnikanth had said.

Therefore, Rajinkanth’s pronouncement firmly positions him on the opposing side of the DMK and its rationalist supporters. And he has also quietly emphasised his religious beliefs, exploiting the present mood against rationalists in the state. “After Jayalalithaa, Rajinikanth is the only leader who openly wears his religious belief on his sleeve. He might have reacted late but it is a well calculated stand that would have wider reach,” observed former Chennai Deputy Mayor Karate R. Thiagarajan, a close confidant of Rajinikanth.

Thiagarajan also said that Rajinkanth would most likely announce his political party in November, which would give him about six months to prepare for the May 2021 Assembly elections in the state.