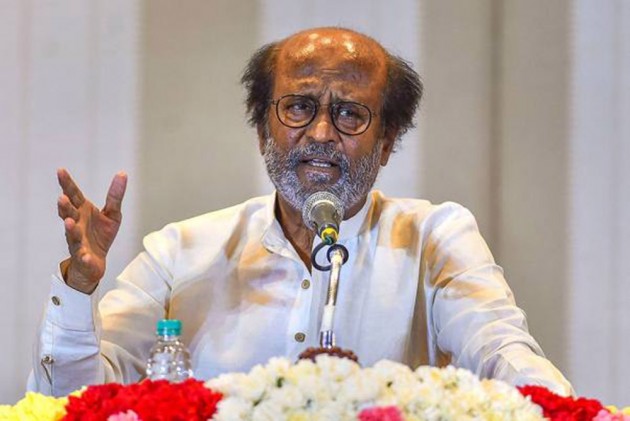 Confirming news about his frail health, superstar Rajinikanth said he would announce his decision about launching his political party after consulting the office bearers of the Rajini Makkal Manram. Outlook had reported yesterday that in a letter he had reportedly sent to his close confidants (which was leaked to the media), the superstar had said that his ill health may prevent him from launching his political party.

“A letter attributed to me circulating in the media is not mine. However, the details about my health condition and the advice given to me by doctors are true. I will discuss this with the office bearers of the Rajini Makkal Mandram at the appropriate time and announce my political stand,” Rajinikanth said in a tweet on Thursday.

The actor has weakly refuted the letter circulated in his name about nursing second thoughts of launching his party in view of the corona pandemic and the challenges it posed in organising public meetings. At the same time he has accepted that portion of the same draft about his health – his having undergone a kidney transplant in 2016 and doctors advising him that even a corona vaccine may not fully protect him due to his lowered immunity - and his misgivings about the political process being disrupted if he became ill midway through his campaign.

“Either he should have refuted the letter completely or confirmed it. By acknowledging an important portion of the letter he has indirectly admitted that the rest of the contents are also true,” said a close confidant of the actor. Now that the film star has openly confirmed that his health may not stand up to the rigour of politics his fans too may relent as they would consider his health to be more important than his political innings.

Meanwhile, Rajinikanth’s elder brother Sathyanarayana told a Tamil news channel that the actor’s health was not alright and that he was resting on medical advice. “He would make an announcement about his politics in two months,” he said. It is now apparent that the actor, having prepared the ground for his non-arrival in politics would most probably announce the decision – about not entering politics – on his 71st birthday on December 12.