No Place For 'Acidic Remarks' In Democracy, Says Rajnath Singh

Expressing concern over hate speeches and personal remarks by leaders of all political parties, Singh said there is no place for hatred in healthy politics. 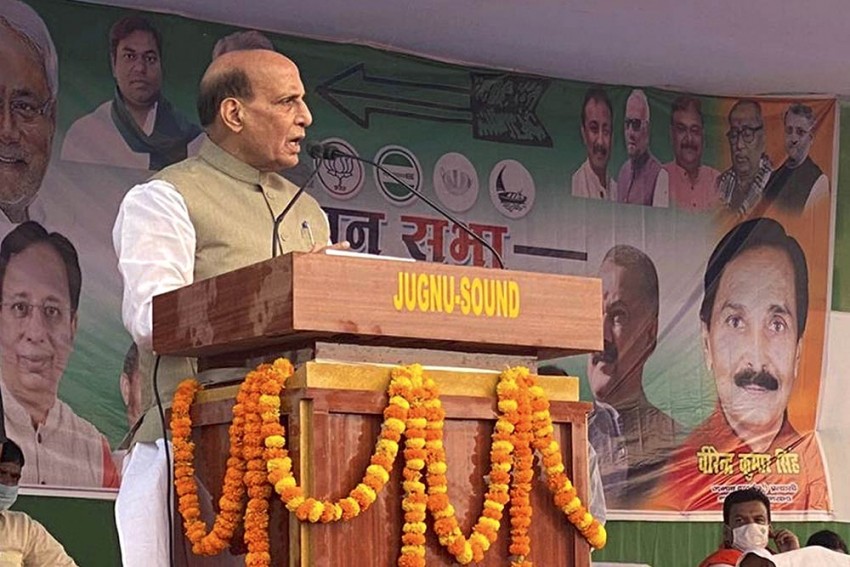 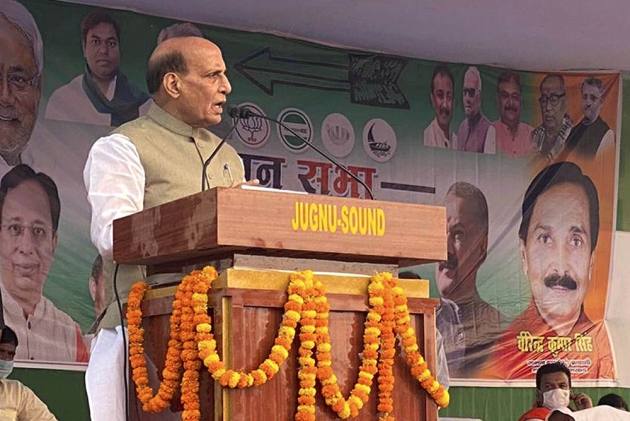 Concerned over the deteriorating political discourse in the country, senior BJP leader and Union minister Rajnath Singh has said elections shouldn't be fought and won by spreading hatred among people and there should be no place for "bitterness and acidic remarks" in a healthy democracy.

He also expressed confidence that the NDA will win the Bihar elections and asserted that the exit of the Chirag Paswan-led LJP won't impact the poll prospects of the ruling alliance. Singh also rejected allegations of any hidden understanding with Paswan's party, saying the BJP believes in fair politics and doesn't play with the trust of the people.

“Chirag and his party would have their own reasons for leaving the alliance. But I don’t think LJP would have any impact on the ruling BJP-JD(U) alliance in Bihar assembly polls. Our alliance will win the elections and form the next government in the state,” he said.

When pointed out that Paswan in his election campaign was only attacking Chief Minister Nitish Kumar and not the BJP, Singh said, “Personal animosity is not good for healthy politics. It should be avoided and I myself also don’t practice such politics.”

The former BJP president also termed as baseless the allegations of a hidden understanding between the BJP and the LJP. “BJP believes in fair politics and doesn’t play with the trust of the people,” he said.

Expressing concern over hate speeches and personal remarks being made against each other by leaders of all political parties, Singh said there is no place for hatred in healthy politics, and elections should not be contested and won by spreading hatred among people. “I myself never resorted to such tactics,” he said.

“Bitterness, acidic remarks, and personal attacks against each other in speeches should be avoided. It is not good for a healthy democracy. Rather, there should be discussion, debates and even arguments on issues of public interest,” he said.

Singh, who has addressed more than a dozen political rallies in Bihar and is scheduled to address many rallies in the coming days, said the response he witnessed in his public meetings is highly indicative that the BJP-JD(U) alliance will win the elections in the state.

“The alliance, in the Bihar assembly polls, will reap the benefits of effective implementation of the Central government’s welfare schemes. At the same time, the state government under Nitish Kumar has also performed well and the people will vote for it,” he said.

Singh, the seniormost minister in the central government, said the Modi dispensation “ended the crisis of credibility” in politics.

“Modi government delivered on its promises and its track record establishes that. On the other hand, the opposition, whether in Bihar or at the national level, lacks credibility as it always failed to fulfill its commitments,” he said.

On Tejaswi Yadav’s rallies attracting huge crowds, Singh said the rallies of BJP leaders are also being attended by people in large numbers.

“You yourself saw attendance in my rallies and you must have seen the massive crowds in Prime Minister Modi’s rallies. Public meetings organized by BJP are attracting huge crowds. It will be unfair to exaggerate about public meetings of one party and its leaders,” he said.

Asked if the NDA was shrinking as some of its oldest constituents have left the ruling alliance, Singh said the alliance is still a “big united family”.

Without naming any party, Singh said, “Those who left NDA moved out of the alliance for their respective reasons. In politics you never know when anyone can become your ally”.

On whether the NDA’s doors were still open for its erstwhile allies, he said, “The NDA’s doors are always open for those who want to contribute in the development of India. But we cannot compromise on our development agenda and the core issues of our ideology”.

Singh has twice been the BJP president and the party contested two Lok Sabha elections — in 2009 and in 2014 — when he was at the helm.