After America and Russia, India is the third country to have a large facility in terms of size and operating capability 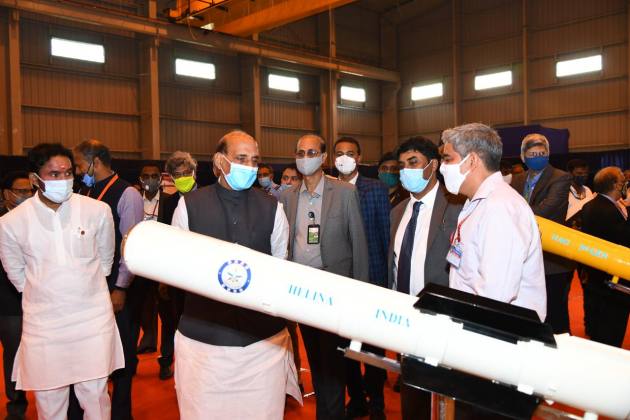 Defence Minister Rajnath Singh on Saturday inaugurated the advanced Hypersonic Wind Tunnel (HWT) test facility Hyderabad, making India the third country after the US and Russia to have such a facility.

The state-of-the-art HWT Test facility is "pressure vacuum driven enclosed free jet facility having nozzle exit diameter of 1 metre and will simulate Mach No 5 to 12 (Mach represents the multiplication factor to the speed of sound)", a defence release said.

After America and Russia, India is the third country to have such a large facility in terms of size and operating capability, it said.

It is an indigenous development and an outcome of synergistic partnership with Indian industries.

The facility has the capability to "simulate hypersonic flow over a wide spectrum and will play a major role in the realization of highly complex futuristic aerospace and defence systems," the release said.

He appreciated thecontributions of DRDO Young Scientist Labs and said the DRDO needs to focus on next generation needs, including cyber security, space and artificial intelligence and evolve roadmaps.

"The immense potential available in DRDO has been a catalyst for the development of industries and defence manufacturing sector.

The release said Lab Directors, Cluster DGs and Programme Directors briefed the dignitaries about the ongoing projects and technological developments.

Two anti-drone technologies were demonstrated by DRDO labs to Singh, it said.

The Defence Minister, who addressed the DRDO fraternity, applauded the recent series of successful missions and technological achievements by various clusters of the organisation.