Rajnath Singh is expected to address a large number of rallies in Assam during his multiple visits to the state in the next one month. Here are the details for his recent rallies 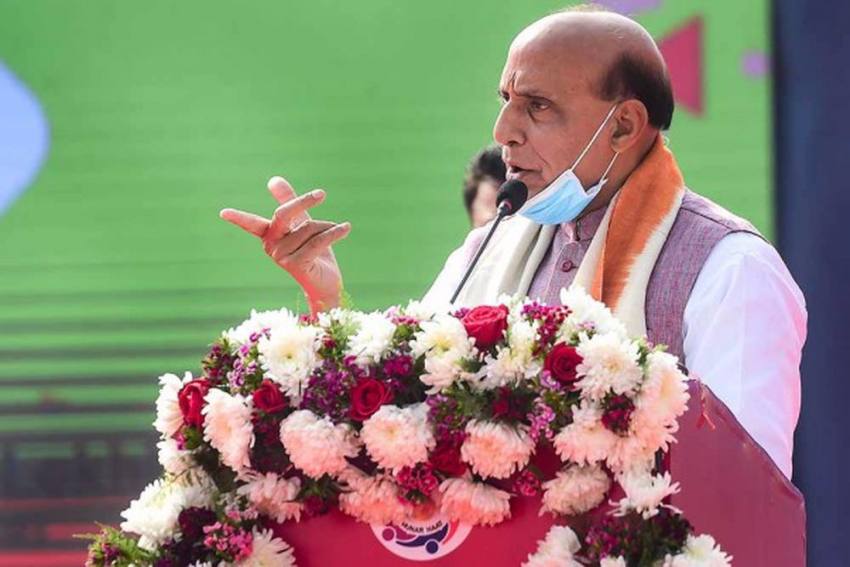 Defence Minister Rajnath Singh will begin his campaign for the BJP in poll-bound Assam from Sunday onwards and will also address four rallies in Biswanath and Golaghat districts, sources said.

Rajnath Singh is expected to address a large number of rallies in Assam during his multiple visits to the state in the next one month.

Here are the details for his rallies:

Amongst the two rallies that Singh will address, one will be in tea gardens and the other will be in Gohpur, a historical place connected with the Quit India movement.

The defence minister will address a rally at Sadharu tea estate and another at Dafflaghur tea estate under the Biswanath constituency from where BJP candidate Pramod Borthakur is seeking re-election, the sources said.

His third rally will be in Gohpur for BJP candidate Utpal Bora, who is contesting against Assam Pradesh Congress Committee president and Rajya Sabha MP Ripun Bora.

The defence minister will address a rally at Dergaon in Golaghat district where he will campaign for the BJP's Assam ally AGP candidate Bhabendra Nath Bharali.

Elections to the 126-member Assam Assembly will be held in three phases on March 27, April 1 and April 6.

The BJP is fighting the polls with its alliance partners AGP and UPPL.