The resignation of third party MLA serves as yet another blow to the opposition Congress ahead of the June 19 Rajya Sabha polls for four seats from the state. 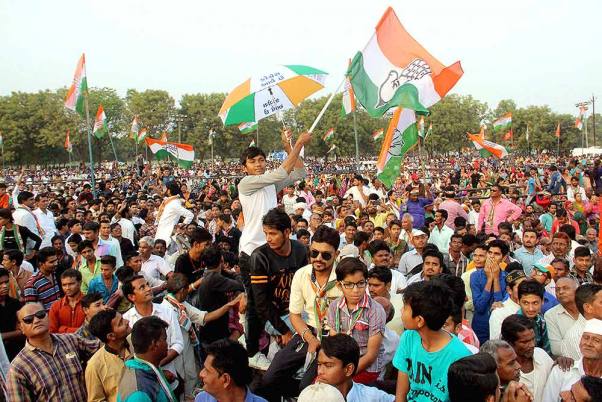 Another Gujarat Congress MLA, Brijesh Merja, has resigned ahead of Rajya Sabha polls, day after two party MLAs quit as members of the Legislative Assembly, officials said on Friday.

The Assembly secretariat confirmed that Speaker Rajendra Trivedi has accepted the resignation of Merja, who was elected from the Morbi seat.

Before quitting as a legislator, Merja also resigned from the primary membership of the Congress.

The resignation of third party MLA serves as yet another blow to the opposition Congress ahead of the June 19 Rajya Sabha polls for four seats from the state.

The Congress has accused the BJP of trying to break the opposition party to win the Rajya Sabha polls. However, the ruling BJP dismissed the charge, saying MLAs were leaving the Congress as they were "unhappy" with the party leadership.

In the 182-member state Assembly, the ruling BJP has 103 MLAs and the opposition Congress now has 66 legislators.

Of the four Rajya Sabha seats from the state set to go for polls on June 19, three are currently held by the BJP and one by the Congress.

While the Congress has fielded two candidates for the Rajya Sabha polls, the BJP has fielded three, making it difficult for the opposition party to win a second seat.

The Rajya Sabha elections for four seats from Gujarat are scheduled to be held on June 19.

Earlier, the elections were supposed to be held on March 26. However, the polls were then postponed for an indefinite period in the wake of the COVID-19 outbreak and subsequent imposition of the lockdown.

In March, five Congress legislators had tendered their resignations, days after the Rajya Sabha polls were announced.

With three more legislators now quitting the Congress, its chances of winning the second seat are slim.

In the 182-member Assembly, BJP has 103 MLAs, Congress-66, Bharatiya Tribal Party-two and NCP-one.

One seat is held by an Independent, Jignesh Mevani, while nine seats are vacant - two due to court cases over poll-related disputes and seven due to resignation of MLAs.

In Pics: Locust Attack In Rajasthan