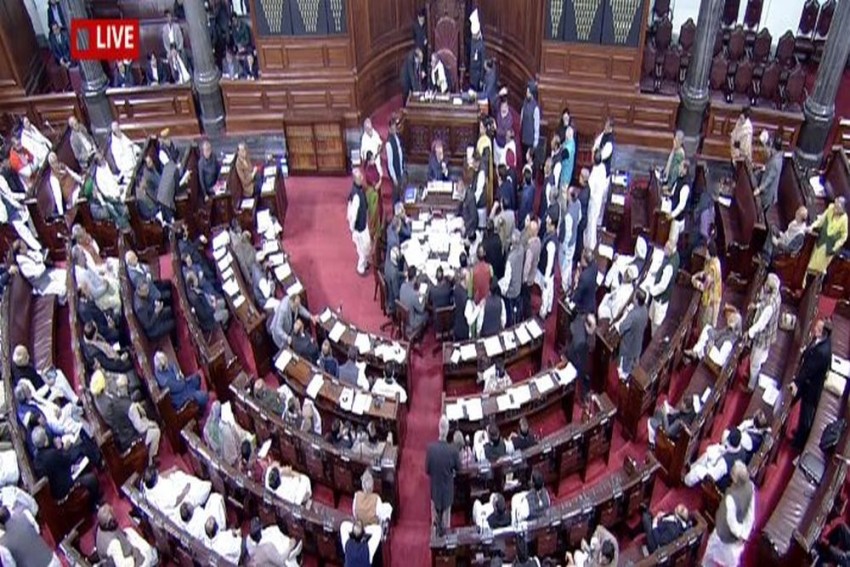 Rajya Sabha on Monday suspended 12 opposition members for the remaining part of the winter session for their misconduct and unruly behaviour during the last session.

The Upper House had witnessed ugly scenes when the opposition members were protesting against the three farm bills during the Monsoon session.

Priyanka Chaturvedi and Anil Desai of the Shiv Sena, Dola Sen and Shanta Chhetri of TMC, Elamaram Kareem from CPM and Binoy Viswam from CPI are the other members suspended for the rest of the session.

Rajya Sabha Deputy Chairman Harivansh Narayan Singh announced the suspension of the members and adjourned the House till Tuesday.