Some relations go beyond the usual travails of politics - that between brothers and sisters. 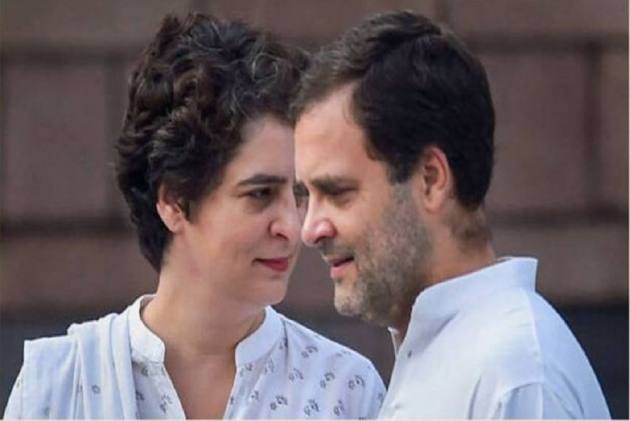 Raksha Bandhan is a day to celebrate love and warmth between siblings. And politics seems hardly the right place for these emotions. Indian politics is a place where rivalry and mud-slinging reign supreme. But between these shouting matches, there exist in some relations that go beyond the usual travails of politics - that between brothers and sisters. On this Raksha Bandhan, here's taking a look at some of the power siblings of Indian politics.

Any iteration of power siblings in Indian politics would not be complete without the mention of Rahul and Priyanka Gandhi. The Gandhi scions are the children of former Prime Minister of India Rajiv Gandhi and Sonia, the present President of the Indian National Congress party. The duo is equally popular in politics, despite the different roles that they have played over the years. While Rahul has always been projected as the future face of the grand old party and enjoys the legacy of both his illustrious parents and grandparents, sister Priyanka has not actively played a role in politics but enjoys almost equal influence and popularity. According to observers, despite her apparent popularity and interest in her political career, the younger Gandhi scion chose to stay away from active politics till only recently, instead of focusing on her family. Both the Gandhis were seen campaigning for Rahul during the last general elections. Interest in both the Gabndhis’ political careers remain high. But despite the high level of scrutiny, the duo seems to have maintained their closeness to each other. At least if social media is to be believed where the duo often post images and posts about or in support of each other.

Former Bihar Chief Minister Lalu Prasad Yadav's children make up yet another political family of siblings. Yadav's sons Tej Pratap and Tejashwi have both been active in Bihar's political scene with Tejashwi being the present Leader of Opposition in the state. Tej Pratap, meanwhile, was appointed as the Environment Minister of Bihar in 2015. Lalu's eldest daughter Misa Bharti is the third eldest sibling among the Yadav's and she too has joined Rashtriya Janata Dal like the rest of her family. While her 2014 poll innings on an RJD ticket was not successful, she was named as the party's Rajya Sabha nominee and got elected unopposed. However, recent reports have suggested tensions between the Yadav siblings with Tej Pratap and Misa allegedly displeased with Tejashwi's elevation as Lalu's heir-apparent. With the Yadavs challenging the political leadership in Bihar, many eyes are on the Yadav siblings and the relationship between the siblings may decide the future of RJD's electoral performance in later polls.

Another trio of politically powerful siblings is from Rajasthan's royal Scindia family. Madhavarao, Yashodhara and Vasundhra Raje are the children of the last ruler of Gwalior. However, the three of them chose different paths. While Madhavarao joined the Congress, sisters Yashodhara and Vasundhara chose the BJP.  The latter is the former CM of Rajasthan. On the other hand, Madahavrao passed away in 2001 in a car crash and his son Jyotiraditya Scindia continued in his footsteps in Congress until the last year when Scindia joined the BJP citing differences. The Scindia family remains a key political and influential family in Rajasthan.

Often compared to Rahul and Priyanka, Omar Abdullah and sister Sarah Pilot are yet another illustrious brother-sister duo in Indian politics. Belonging to the illustrious Abdullah dynasty of Jammu and Kashmir. The duo was born to former J&K chief minister Farooq Abdullah, the chairman of the Jammu & Kashmir National Conference. Having made an early foray into politics, Omar joined the 12th Lok Sabha at the age of 29, becoming the youngest to do so. At age 49, the JKNC President also became a chief minister, just like his father. Sara Pilot, Farooq's daughter, decided to stay out of active politics but has played a visible role in women's empowerment in Kashmir. She also raked controversy when she married her beau and scion of another political family - the Pilots - by marrying Sachin Pilot of Rajasthan. Sara also works as a yoga instructor and generally maintains a low profile.

This power sibling duo date back to the pre-independence era. Both Jawaharlal Nehru and his sister Vijay Laxmi Pandit were actively involved in politics from a young age and went on to shape the country in Myriad ways. While Nehru became the first Prime Minister of India, Pandit is known to be the first woman to hold a Cabinet position in free India.