The lawyers will be honoured at a function which will be a major celebration in Ayodhya after the court verdict. 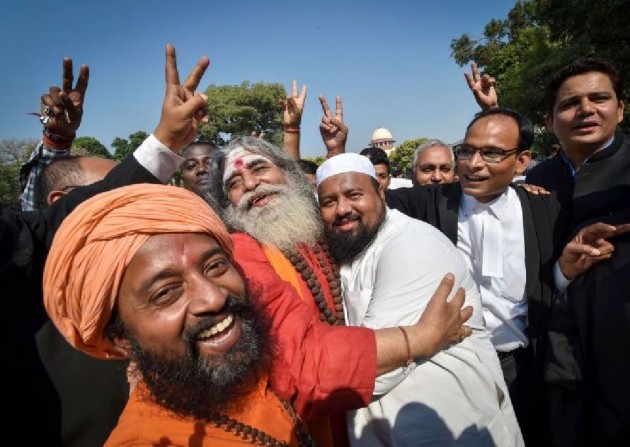 Had Babri Masjid Not Been Demolished, Would SC Judgment Have Been Same? Asks Owaisi

The lawyers will also be honoured at a function which will be a major celebration in Ayodhya after the court verdict that came on November 9.

According to sources, the team of about two dozen senior lawyers including Keshav Parasaran, 93, will first attend the felicitation programme and then visit the makeshift temple at Ram Janmabhoomi where they will present the copy of the Supreme Court verdict to the deity. They will also visit the Hanuman Garhi temple.

Also Read: What Next After Ayodhya? How Constructive Will BJP-RSS Gameplan Be?

Ayodhya District Magistrate Anuj Jha said in a statement that the felicitation programme will be held on November 23 at Karsevakpuram. Top VHP leaders including Champat Rai and Dinesh Chandra will be present at the event.

Three magistrates have been assigned the duty of overseeing the arrangements for the visit of the team of lawyers.