BJP leader Ram Madhav said that the article was introduced as a temporary measure and former prime minister Jawaharlal Nehru himself wanted it to go. 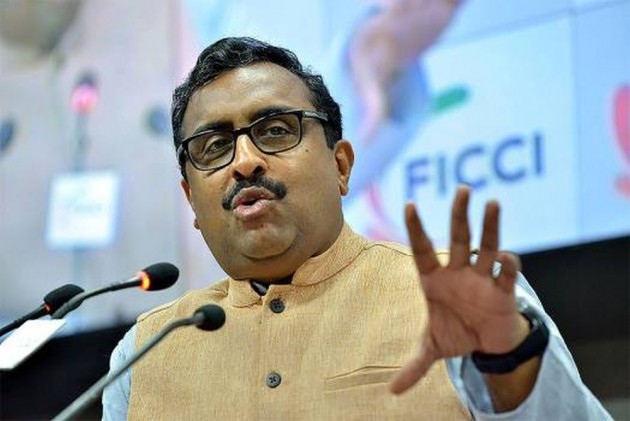 Asserting that Article 370 has to go lock stock and barrel, BJP's national general secretary Ram Madhav on Saturday said that the Prime Minister Narendra Modi-led government is committed to repealing the provision which provides special status to Jammu and Kashmir.

"As far as 370 is concerned, our ideological commitment is well known. Article 370 has to go lock stock and barrel as the Home Minister (Amit Shah) clearly mentioned yesterday (in Parliament)," Madhav told ANI in Delhi.

"Our government is committed to resolving all outstanding issue in Kashmir. We are moving in that direction," he asserted.

The BJP leader said that the article was introduced as a temporary measure and former prime minister Jawaharlal Nehru himself wanted it to go. "When it was introduced by former PM Nehru, he himself had said that it was temporary and would erode on its own," he said.

Madhav, however, said that since the action involves some procedures, it may take time.

Asked if the Article can be done away with the tenure of the present government as they have a huge mandate, he said, "It requires certain procedures to be followed, at the appropriate time they all will be followed."

Article 370 of the Indian constitution gives autonomous status to the state of Jammu and Kashmir and limits the central government's power to make laws for the state.

Reiterating Home Minister Amit Shah's comments in the Parliament, the BJP leader said that Jawaharlal Nehru is to blame for the problems in Kashmir.

"Whatever Amit Shah said is historical truth. The trouble in Kashmir is a creation of the first government of independent India under Pandit Nehru," Madhav said.

Home Minister Amit Shah on Friday stated that the present situation in Kashmir was the outcome of the misdeeds of Nehru who referred the issue of 'Accession of Kashmir to India' to UNO and proclaimed Article 370 there.

Speaking in Parliament, Shah on Friday said: "Article 370 is effective only in Jammu and Kashmir, which was negotiated by the then Prime Minister."

Shah had also blamed Nehru gave a portion of Kashmir to Pakistan without the consent of the then Home Minister Sardar Vallabhbhai Patel.

A clutch of petitions challenging the validity of Article 370 is pending before the Supreme Court.