BJP veteran L K Advani said that he is humbled that in Ram Janmabhoomi movement, destiny made him perform "pivotal duty in the form of Ram Rath Yatra in 1990." 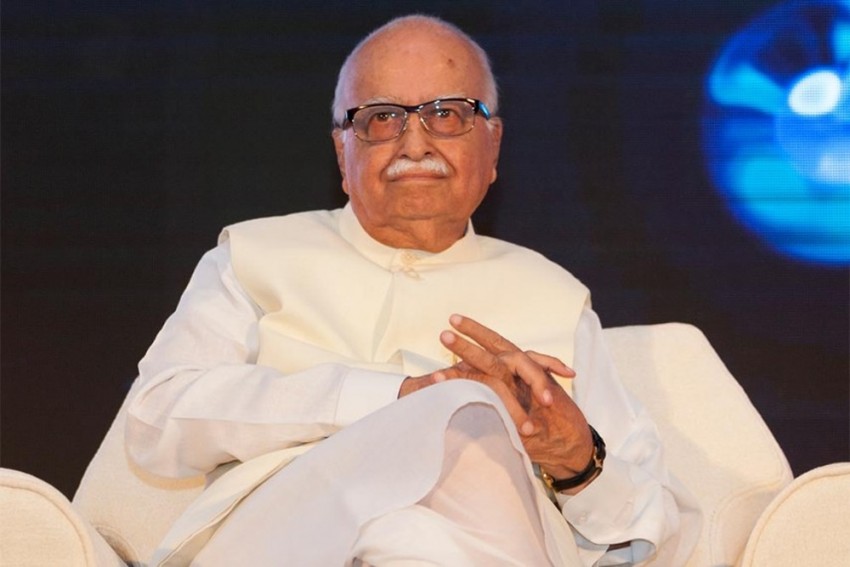 A day before Prime Minister Narendra Modi lays the foundation stone for a Ram temple in Ayodhya, veteran BJP leader L K Advani on Tuesday said it is a historic and an emotional day for him and for all Indians, as he recalled the "pivotal duty" he performed in carrying out the Ram Rath Yatra from Somnath to Ayodhya in 1990.

In a statement, he said it is his belief that the Shri Ram Mandir will represent India as a strong, prosperous, peaceful and harmonious nation with justice for all and exclusion of none to truly usher in "Ram Rajya, the epitome of good governance".

Advani is considered a key figure in the Ram Janmabhoomi movement, as he had undertaken the " Ram Rath Yatra" in 1990 as the then BJP president to mobilise the masses for building a Ram temple at the Ayodhya site where believers hold that Lord Ram was born.

"I feel humbled that during the Ram Janmabhoomi movement, destiny made me perform a pivotal duty in the form of the Ram Rath Yatra from Somnath to Ayodhya in 1990, which helped galvanise the aspirations, energies and passions of its countless participants," he said.

"Shri Ram occupies an esteemed place in India's cultural and civilisational heritage and is an embodiment of grace, dignity and decorum. It is my belief that this temple will inspire all Indians to imbibe His virtues," he said.

The 92-year-old BJP leader is not among the invitees for the ground-breaking ceremony of the temple by Modi on Wednesday due to his advanced age amid concerns over the spread of COVID-19 epidemic.

With the construction of the temple to begin nearly three decades after he undertook his yatra, Advani said smetimes significant dreams in one's life take a long time to fruition, but when they are finally realised, the wait becomes very worthwhile.

"One such dream, close to my heart is now getting fulfilled... A grand mandir for Shri Ram at Ram Janmabhoomi has been a desire and mission for the Bharatiya Janata Party," he said.

On this auspicious occasion, he said he wanted to express his gratitude to all those saints, leaders and people from India and the world over who made valuable contributions and sacrifices in the Ram Janmabhoomi movement.

"I am also very happy that due to the decisive verdict of the Supreme Court in November 2019, the construction of Shri Ram Mandir is getting started in an environment of tranquillity. This will go a long way in strengthening the bond between Indians," he said.

"May Shri Ram bless India and her people always," Advani added, signing off his statement with "JAI SHRI RAM"