Ram Temple In Ayodhya Expected To Be Built In 3 Years; Cost To Exceed Rs 1100 Crore

'Our target is to reach 6.5 lakh villages and 15 crore homes (for collecting funds for the temple work),' treasurer of the Ram Janmabhoomi said. 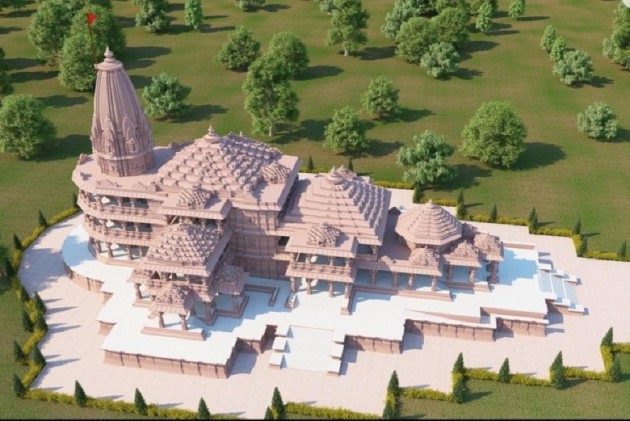 The construction of Ram temple in Ayodhya is likely to complete in another three years and the estimated cost is will be more than Rs 1100 crore, treasurer of the Ram Janmabhoomi Tirath Kshetra Nyas said on Sunday.

These figures have been discussed with experts involved in the development of the temple, he said.

"The main temple will be built in three to three and a half years and will cost Rs 300-400 crore. The expenditure on the development of the entire 70-acre land there will exceed Rs 1100 crore," said Swami Govind Dev Giri Maharaj, a prominent functionary.

The Nyas (trust) has not come out with an official statement so far on the expenditure involved in the project, he said while talking to ABP Majha Marathi TV channel.

"It was possible for us to raise funds (for the temple construction) from some corporate people. Some (corporate) families had approached us, requesting us to hand over the (temple) designs and assuring us they will complete the temple project, but I humbly declined that request," he said.

To a query on criticism from some quarters that the Ram temple funds collection drive is a BJP campaign keeping in view the 2024 Lok Sabha polls, he said, "People see this depending on the colour of spectacles they wear. We don't wear any spectacles and our eyes are pointing at the path of devotion."

"Our target is to reach 6.5 lakh villages and 15 crore homes (for collecting funds for the temple work)," he said.

Asked if he is willing to go to Maharashtra Chief Minister Uddhav Thackeray's residence Matoshree in suburban Mumbai to collect funds for the Ram temple construction, he said, "I am willing to go there if he is ready to contribute."

"Shiv Sena leader and Maharashtra Legislative Council Deputy Chairperson Neelam Gorhe has given us a one kg silver brick," he said.

The Swami was at the Rashtrapati Bhavan last week when President Ram Nath Kovind contributed Rs 500,100 for the Ram temple construction at Ayodhya.

Asked if he would visit the residence of Congress leaders Sonia Gandhi and Rahul Gandhi to seek contribution for the temple, he quipped, "I am ready to do that if someone were to guarantee that I won't be disrespected there."