Ram Temple To Be Ready By 2025, But Devotees Will Be Allowed Earlier

The construction of Ram temple in Ayodhya is progressing according to the plan, and devotees are expected to be allowed to pay obeisance to the deity by 2023 end, sources in the Ram Temple Trust said. 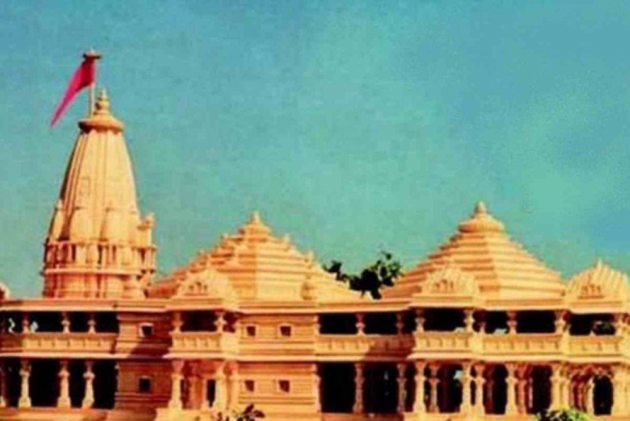 The construction of the Ram temple at Ayodhya won’t be completed before 2025 though devotees may be allowed to visit and pray at the partially built structure by December 2023, sources in the Ram Temple Trust said.

"The construction work of the temple is progressing according to the plan and it is estimated that by end of 2023, devotees will be able to get the opportunity of Lord Ram's darshan," a source said.

Sharing details of the grand project, a culmination of the BJP's decades-long promise of building a temple at the place where Lord Ram is believed to have been born in Ayodhya, they said the main temple will have three floors and five 'mandaps'.

The development assumes political significance as the next Lok Sabha elections are due in the first half of 2024. If the work goes in accordance with the plan, then the ruling BJP will receive a shot in the arm before hitting the campaign trail.

The top of the sanctum sanctorum will be 161 feet from the ground floor and will be constructed with Rajasthan stone and marble.

The temple design was finalised considering the changes that have taken place in the last three decades and the aspirations of devotees, the sources said.

Nripendra Misra, former principal secretary to the prime minister, is the chairman of the construction committee. The temple's construction began following a religious ceremony attended by Modi at the site last year.

Sources said before starting the construction activities, the main challenge before the Trust was to finalise the temple's design and drawings for longevity on the pattern of most ancient temples. The trust decided that steel will not be used in its construction.

In the masterplan, they said, special focus has been given to the conservation and development of the heritage structures like 'Kuber Tila' and 'Sita Koop'.