Ram Vilas Paswan died at a hospital in Delhi on Thursday at the age of 74. 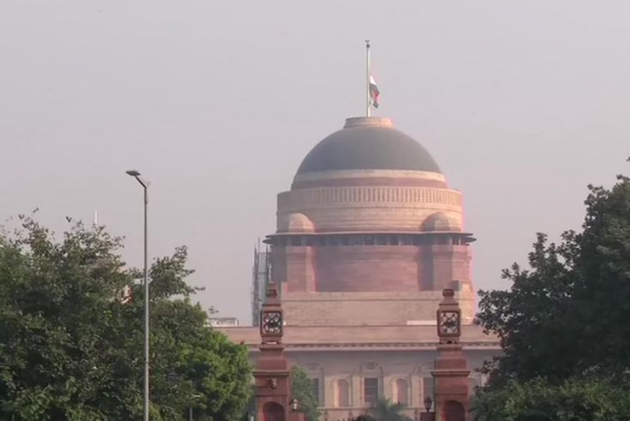 As a mark of respect to Cabinet Minister Ram Vilas Paswan, who passed away on Thursday, the national flag will fly at half-mast in Delhi and capitals of all states and union territories on Friday, the Home Ministry has announced.

A state funeral will also be accorded to the Union minister.

"The national flag will be flown at half-mast on October 9 in Delhi and capitals of all states and UTs where it is regularly flown, and also on the day of the funeral at the place where the funeral takes place," a Home Ministry spokesperson said.

Paswan died at a hospital in Delhi on Thursday at the age of 74.

Mortal remains of Ram Vilas Paswan are being taken to his residence from AIIMS (All India Institute of Medical Sciences).

Paswan, the Lok Janshakti Party founder and Minister for Consumer Affairs, Food and Public Distribution, was admitted to the private hospital here for several weeks and had recently undergone a heart operation.