Overall, the council reported a 40 per cent growth in TV viewing over the pre-coronavirus period, with 1.24 trillion minutes of TV content being consumed for the April 11-17 period. 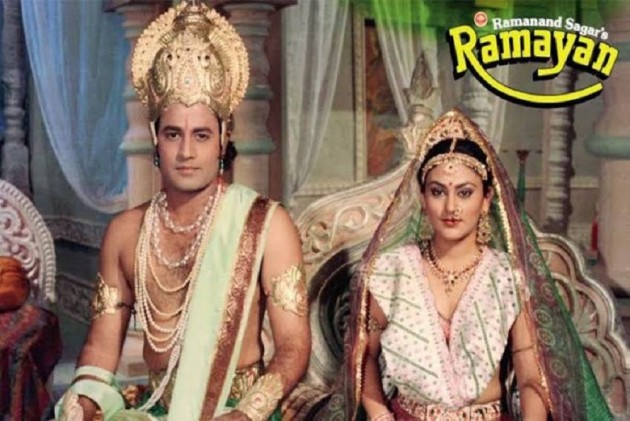 Mythological shows such as Ramayan and Mahabharat has helped to bolster television audience and advertising revenues for one more week of the COVID-19 lockdown, the Broadcast Audience Research Council said on Thursday.

Overall, the council reported a 40 per cent growth in TV viewing over the pre-coronavirus period, with 1.24 trillion minutes of TV content being consumed for the April 11-17 period. Nearly half of India watches TV daily as compared to 32 per cent before, they said.

TV viewership has been growing consistently ever since the country was put under a lockdown on March 25, as people consumed more of news and movies. Launch of the mythological serials by public broadcaster Doordarshan probably to keep users engaged during the gloomy times gave a strong push to viewership for the last three weeks.

"Mythological shows have become the main source of entertainment among the Hindi general entertainment channels (GEC)," the Broadcast Audience Research Council (BARC) said, adding that such shows contribute a whopping 43 per cent of the total Hindi GEC genre, which is the biggest category of TV channels.

Broadcasting the shows is also helping the public broadcaster earn some advertising revenues, the BARC said, pointing out that at a time when the overall advertising volumes have plummeted, the same for Ramayan and Mahabharat have gone up with the advertising time hovering around 2,000 seconds per day.

Starting with three advertisers when the series got relaunched in end-March, Ramayan enjoys around 42 advertisers per day, while the same for Mahabharat is about 25 advertisers, the data said.

Interestingly, even as the mythological serials aid the overall industry, channels classified as being under the "devotional" genre have seen a tepid 5 per cent growth in viewership, it said, adding that news channels have grown 195 per cent, business news by 82 per cent and movies by 67 per cent over their performance in the pre-lockdown period.

Meanwhile, the COVID-19 virus continues to be top of mind, if one were to look at the findings of an Android-powered smartphones survey done by marketing research firm A C Nielsen and released along side the TV ratings.

The coronoavirus-related searches on Google accounted for 8 per cent in the immediate week prior to the outbreak and have now grown to 37 per cent of all the searches, it said.

After the record number of downloads, the number of users of the Arogya Setu have also increased to a fifth of all those who have got the contact tracing app on their phones, it said.

There has also been a huge shift in data consumption due to professional commitments in the lockdown, the research body said, pointing out to a 200 per cent increase in time spent on video conferencing and a 546 per cent increase in the number of users of apps like Zoom, Skype and Hangouts.