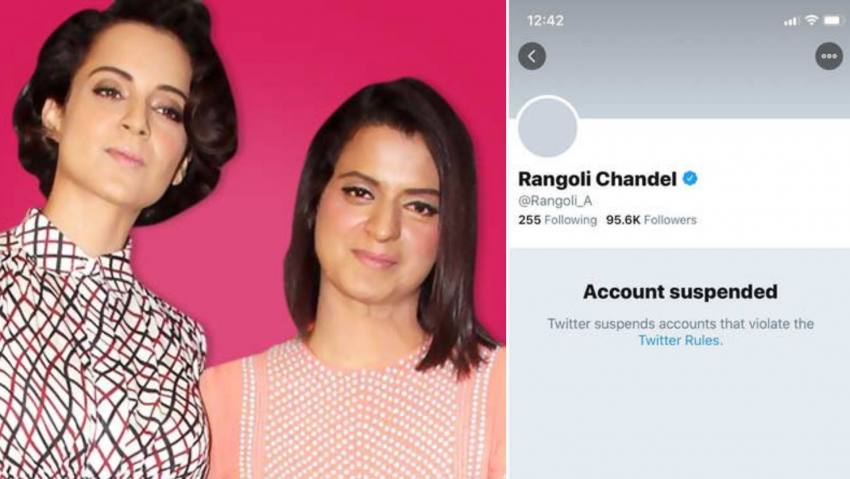 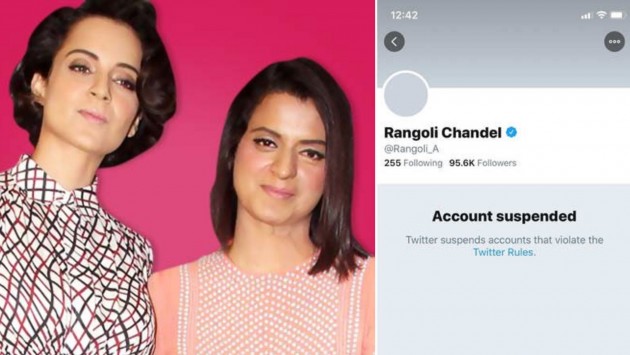 Actress Kangana Ranaut's sister Rangoli Chandel is once again in hot water for a post on Twitter. Her account on the micro-blogging website now stands suspended, though a snapshot of her original tweet that kicked off the controversy is still doing the rounds online.

Rangoli reportedly posted what is being considered as hate tweets aimed at a community from her blue tick handle, @Rangoli_ , which prompted the suspension of her account.

This post follows Rangoli's history of sharing tweets that have been widely criticised for inciting hate.

"@MumbaiPolice. Could you please look into this and take action? Isn't this spreading fake news AND inciting hatred and violence against certain people?" wrote @kagtireema.

Actress Kubbra Sait also wrote that she had blocked Rangoli and filed a report to Twitter. "I've blocked Rangoli and reported her to twitter. But @MumbaiPolice @CMOMaharashtra @OfficeofUT This kind of hate-mongering is irresponsible," tweeted the actress on her verified handle, @kubbrasait.

Kangana Ranaut's sister Rangoli is an acid attack survivor who is known to take up issues on the actress's behalf on social media. She has also regularly taken on Bollywood personalities over a number of varied issues. In the past, she has fired salvos at Kangana's colleagues including Hrithik Roshan, Alia Bhatt, Taapsee Pannu, Ananya Pandey and Karan Johar.