The court has also rejected the bail application of three men -- Sanjay, Sachin and Vikram -- who were arrested on extortion charges filed by the BJP leader. 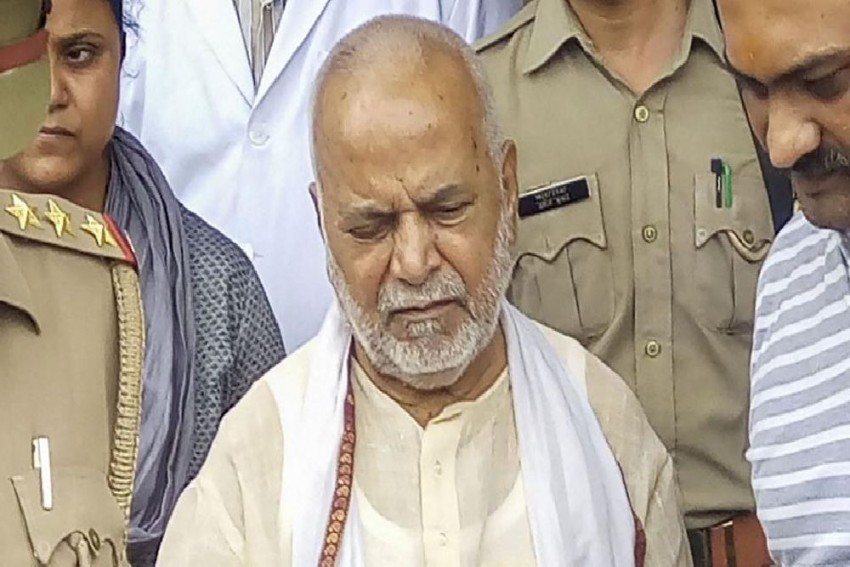 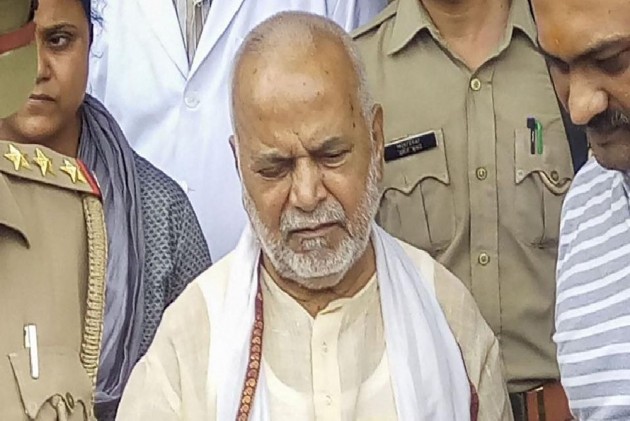 An Uttar Pradesh court has rejected the bail application of BJP leader Swami Chinmayanand, who was arrested in a sexual-assault case following rape allegations by a law student.

Shahjahanpur chief judicial magistrate rejected the bail application of Chinmayanand on Monday, saying it should be moved in the sessions court, the former Union minister's counsel, Om Singh, said on Tuesday.

The court has also rejected on the same grounds the bail application of three men -- Sanjay, Sachin and Vikram -- who were arrested on extortion charges filed by the BJP leader.

A special investigation team (SIT) on Tuesday took Sachin and Vikram on remand for 95 hours for taking them to the site for recovery of a mobile phone allegedly used in making the extortion demand, sources in the probe team said.

According to the sources, the accused had told the SIT that they had thrown the mobile phone, which was used to make the alleged extortion call, near Mehandipur Balaji in Rajasthan. The two will be taken there to recover the device.

The SIT has also sent the Chinmayanand lawyer's mobile phone, on which the alleged extortion message was sent, for forensic examination, the sources said.

The postgraduate student, who studied at a college run by Chinmayanand's ashram, has alleged that she was raped and physically exploited by the 72-year-old for over a year.

Chinmayanand, who was arrested on Friday and sent to 14 days' judicial custody, was admitted on Monday to a Lucknow hospital, where he was tested for cardiac problems.

He has been booked under sections 354 D (stalking), 342 (wrongful confinement) and 506 (criminal intimidation) of the Indian Penal Code.

Instead of Section 376 (rape), the 72-year-old has been booked under Section 376 C, which is usually applied in cases where a person abuses his position to "induce or seduce" a woman under his charge to have "sexual intercourse not amounting to the offence of rape".

If proved, a rape charge can lead to punishment of up to life imprisonment, while someone convicted under Section 376C can be jailed for between five and 10 years.