M F Husain's painting titled 'Family', estimated at Rs 80 lakhs-Rs 1 crore, is among the 160 rare and iconic artworks by 75 leading modern Indian artists that will be up for grabs at the online sale on November 20-21. 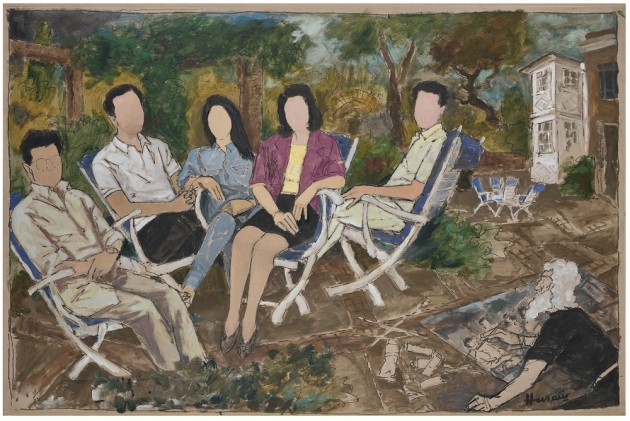 Titled, “Family”, the acrylic on canvas work is an extremely rare piece of work by the artist as the composition features M F Husain himself, making it a very fine acquisition for collectors.

The painting, estimated at Rs 80 lakhs-Rs 1 crore, is among the 160 rare and iconic artworks by 75 leading modern Indian artists that will be up for grabs at the online sale on November 20-21.

The auction will also have another key work by Husain — a set of two abstract works titled ‘Homage to C V Raman’, circa 1987, estimated between INR 10 - 15 lakhs. 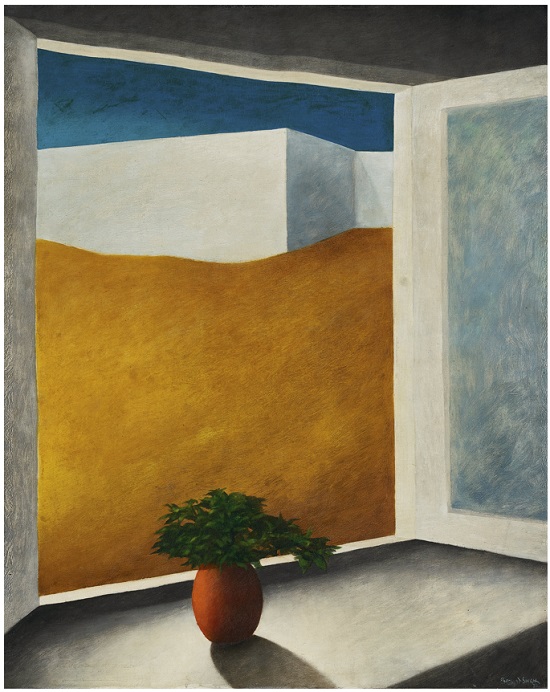 A Vase in the Window by Paramjit Singh

“In these unique canvases, Husain takes a detour from the figurative paintings he is known for, and pays homage to Indian physicist C V Raman, known for his ground-breaking work in the field of Physics, with ‘the Raman effect’, and the first Asian to win the prestigious Nobel prize in the field of science.

“These rare works showcase a different side of the artist who was always addressing the matters of the world through his art,” the auction house said.

The sale will be led by a 1982 painting by S H Raza from his famed ‘Bindu’ series.

Over his illustrious career, Raza experimented with several modernist styles, however, he is best known for his celebrated Bindu series. 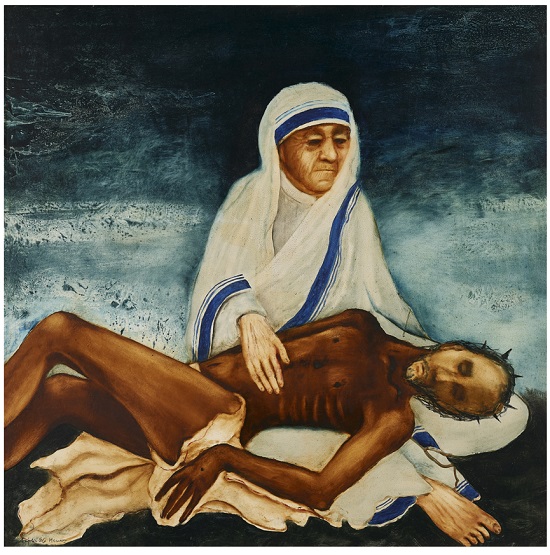 Estimated between Rs 80 lakhs-1 crore, the presented lot has related connotations in Indian philosophy of being the point of all creation — the source of space, cosmos, time and consciousness.

“AstaGuru’s ‘Collectors Choice’ segment has quickly developed into one of the most anticipated auctions in our annual auction calendar, with each sale receiving an overwhelming response from collectors. The format has allowed us to present a broader perspective of Indian modernism by offering works across varied price points and ones that have been part of noteworthy collections,” said Sneha Gautam, Vice President- Client Relations, AstaGuru.

From Souza’s collection will be a rare nude portrait of woman, which unlike most of portraits and head paintings that are heavily composed go his unrestrained and graphic style, captures the beauty of the female form with utmost grace and subtlety. 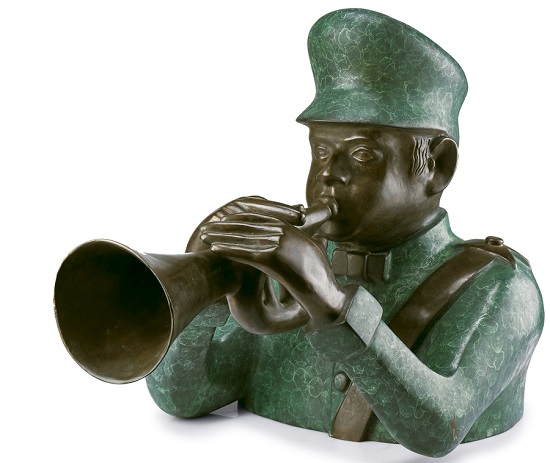 The auction also includes an early Untitled, nude work by the artist from 1950, estimated at Rs 6-8 lakhs.

“In the work, Souza’s treatment of the female body is influenced by his study of ancient Indian culture and sculptures yet the face of the subject takes on more of a European influence,” the auction house said.