Jagannath Rath Yatra 2021: Had it not been for the restrictions imposed by the Covid pandemic, lakhs of devotees would have converged to the holy town of Puri in Odisha 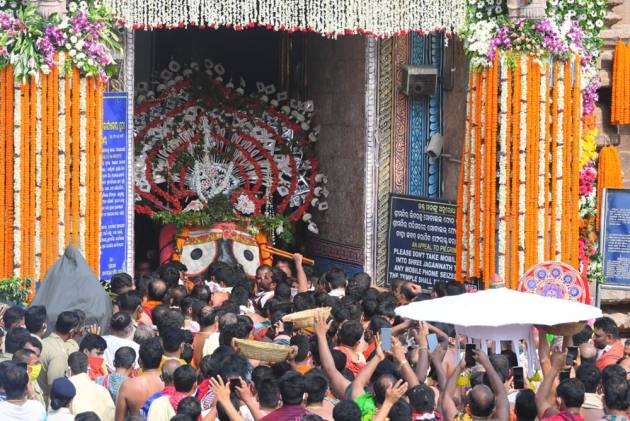 The Parijas of Bhubaneswar had left for Puri a week ahead of the Rath Yatra, hoping to catch a glimpse of the deities – Lord Jagannath, Lord Balabhadra, and Devi Subhadra – atop their lavishly decorated ‘raths’ (chariots) after missing out on the grand spectacle last year. But with the district administration leaving no stone unturned to rid the pilgrim town of all outsiders ahead of the Rath Yatra, they had little option but to return to base four days before the Rath Yatra.

“There was no other option. Officials went door to door inquiring about any outsiders putting up with residents. The administration made it repeatedly clear that even watching the Raths roll on the Bada Danda (Grand Road) from terraces along the road was a strict no-no. In the circumstances, we thought we would rather return to Bhubaneswar and watch the Rath Yatra on TV, as we did last year,” said Mrs. Parija, who hadn’t missed Rath Yatra for three decades till Covid-19 played spoilsport last year.

Like the Parijas, millions of devotees are devastated after being deprived of the once-in-a-year experience of watching the deities on their chariots. Had it not been for the restrictions imposed by the pandemic, lakhs of them would have converged to the holy town to pull the chariots or, at the very least, touch the ropes tied to them.

Wrath Of The Pandemic 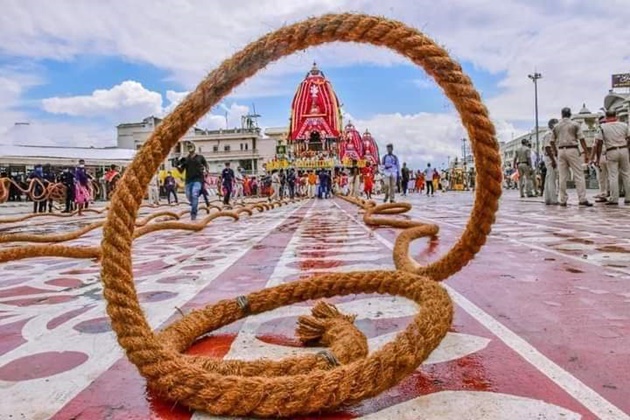 Residents of Puri are no better. Just about the only ‘privilege’ they were allowed this time was to touch the chariots – sans the deities, mind you - and offer their prayers before the curfew kicked in at 8 pm on Sunday. “We thought we were lucky to be living in the land of the Lord. But for the second year running, we will be watching the Rath Yatra on our TV sets, like the people in the rest of the world,” says a disappointed Biswanath Rout, a resident of the town.

The curfew will remain in force till 8 pm on Tuesday. All three entries to the town points have been sealed to make sure no outsiders enter the town during the Rath Yatra while all hotels and lodges have also been evacuated.

The Bada Danda, which would have been choc-a-bloc with devotees today, wears a forlorn look. The only humans seen on the road are the servitors and the men in uniform. With the people banished due to concerns over the spread of Covid, the Raths would be pulled only by the servitors, about 500 of them for each Rath, for the second year running. All the servitors scheduled to pull the chariots have undergone RT-PCR tests multiple times. 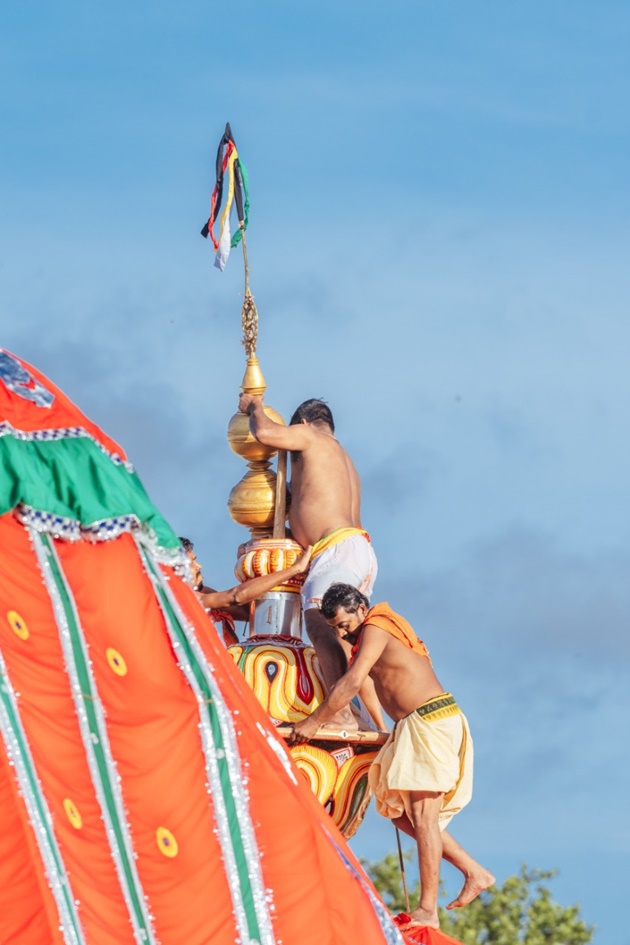 A total of 67 platoons of policemen have been deployed in the temple town to ensure a hassle-free Rath Yatra.

The elaborate rituals that precede the pulling of the chariots in the afternoon have been going apace on time since the morning.