Chowdhury's outburst came in response to Hegde's remark wherein he had said that Gandhi's freedom movement was "staged with the consent and support of the British". 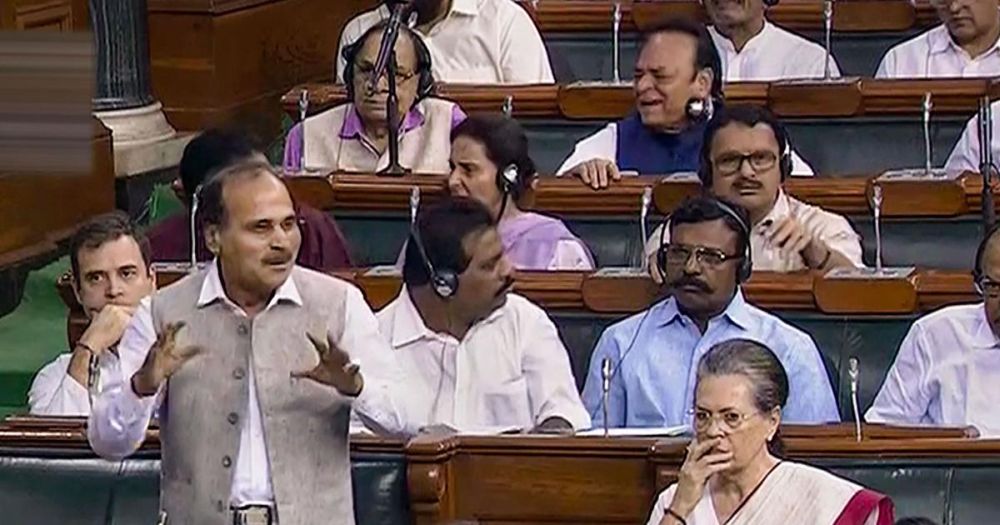 Congress and some other Opposition parties protested in the Lok Sabha on Monday over the controversial remarks of BJP lawmaker Anant Kumar Hegde relating to Mahatma Gandhi as Parliamentary Affairs Minister Pralhad Joshi said BJP members were his real followers. He accused Congress of being followers of "fake Gandhi".

The verbal clash took place during Zero Hour with the Opposition raising slogans and staging a walkout. Apart from Congress, members of NCP, DMK and Trinamool Congress also staged a walkout.

The war of words and the subsequent ruckus in the Lok Sabha was created after Congress leader Adhir Ranjan Chowdhury said those who abuse the Father of the Nation are the "children of Ravan".

Chowdhury's outburst came in response to Hegde's remark wherein he had said that Gandhi's freedom movement was "staged with the consent and support of the British".

"None of these so-called leaders were beaten up by the cops even once. Their independence movement was one big drama. It was staged by these leaders with the approval of the British. It was not a genuine fight. It was an adjustment freedom struggle," Hegde said in Bengaluru.

After Chowdhury made the remarks in Lok Sabha, Union Minister Pralhad Joshi retorted: "We, people of Bharatiya Janata Party, are the real bhakts. We are the real followers of Mahatma Gandhi. These people are the followers of 'nakli' Gandhi like Sonia Gandhi and Rahul Gandhi."

Meanwhile, Hegde said on Tuesday that he did not make any statement against Gandhi. "I own my statement made on Feb 1, 2020. I never made any reference to any political party or Mahatma Gandhi or anybody else, I was just trying to categorize freedom struggle."

He further said: "The speech is in public domain. If anyone wants to see, it is available online and on my website. I never said a word against Mahatma Gandhi and Pandit Nehru. I was just discussing about our freedom struggle."