If you want to prove the qualities of the cow to the world, we have to start doing documentation, RSS chief Mohan Bhagwat said. 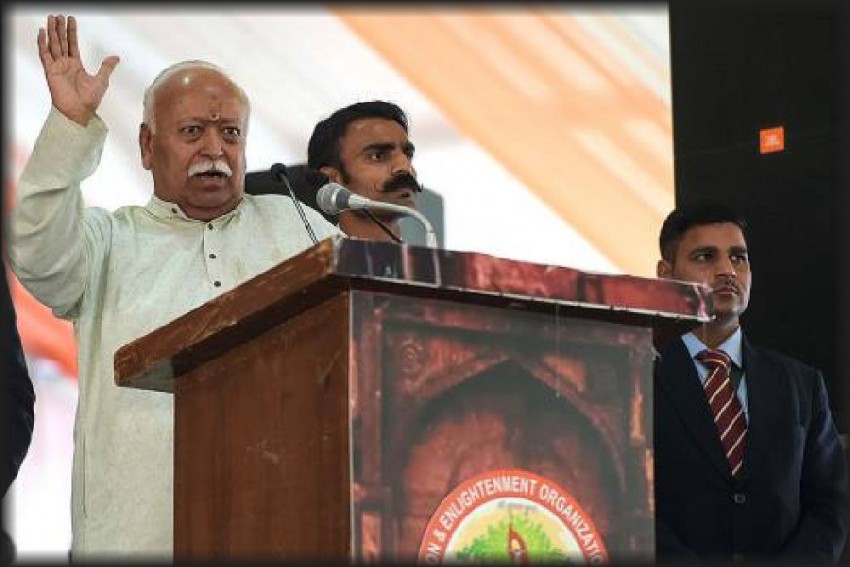 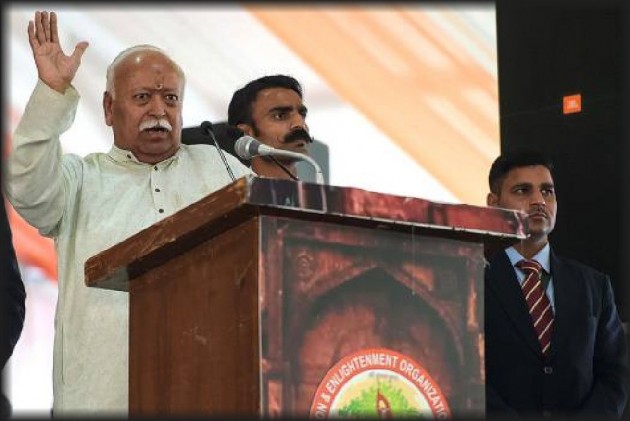 Rashtriya Swayamsevak Sangh (RSS) chief Mohan Bhagwat said on Saturday that experience has shown that "criminal mindset" of jail inmates decreased when they were given the task of looking after cows.

Such observations and findings should be documented for proving the cow's qualities to the world, he said.

Bhagwat was speaking at an award ceremony organised by the Go-Vigyan Sanshodhan Sanstha, an organisation dedicated to "cow science" research.

"Cow is the mother of the universe... it nurtures the soil, it nurtures animals, birds and it also nurtures humans and protects them from diseases and makes the human heart as tender as a flower," he said.

"If you want to prove the qualities of the cow to the world, we have to start doing documentation. We will have to carry out psychological experiments on prisoners and assess
the changes in them after they rear cows for a certain time, and findings need to be sourced from different places," he said.

The organisations which run shelters for stray cows are running out of space, he said.

"We have such a huge society, if everybody decides to take care of one cow, the issue will be resolved," the RSS chief added.

"If people from all sections of society come together (to conserve cows), no one will send cows to slaughterhouses," he said.

However, today Hindus are the ones who send cows to slaughterhouses, he lamented.

'Encounter Specialist': A Rare Breed Of Policemen Whose Criminal Act Is Celebrated As Justice