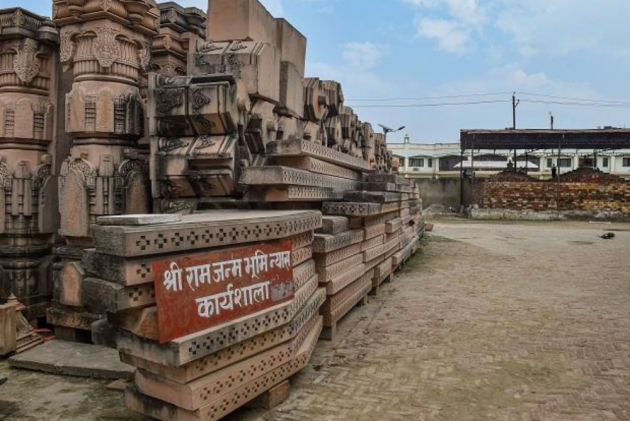 The armed jawan in uniform pointed towards the nearby field, signalling towards a cow walking on a circular path. "This is a miracle. Gau Mata comes here each day at 4 pm for parikrama of Ram Lalla," he told me.

BJP leader Ravi Shankar Prasad and I were standing close to the makeshift Ram temple at the Ram Janmabhoomi in Ayodhya, as the jubilant security man was telling us, with a twinkle in his eye, about what he thought was a sign of the spot he had been posted to guard being sacred.

I visited the Ram Janmabhoomi at Ayodhya in 2010, just after the Allahabad High Court divided the disputed land between the Hindu and Muslim petitioners, with the former getting the site of the garbha griha and two-thirds of the land.

Mahalaya: An Amalgamation Of Hope and Nostalgia

This judgement was to be challenged in the Supreme Court by both sides. The apex court eventually handed over the whole site to the Hindu petitioners, ending the title suit dispute and paving the way for the construction of a Ram temple where the Babri Masjid had once stood.

I took a flight to Lucknow and a cab from there to Ayodhya. Ravi Shankar Prasad was visiting the site with Shrikant Sharma, now the Power Minister of Uttar Pradesh. Prasad had taken permission from the administration for the entry of the three of us at the fortified, high-security, zone that had changed the course of Indian politics since 1990.

The Ram Janmabhoomi complex was like a maze. With fencing on both sides, there was a narrow winding path where one could walk, one person at a time. Just outside this path stood heavily armed paramilitary soldiers at every few metres.

Bang in the middle of the path one could see a small makeshift Ram temple, which was a small structure with an idol within. One priest was on duty to offer prasada to visitors.

Seeing us, the priest walked towards us and through a small slit in the grill, offered us sweets. Ravi Shankar Prasad greeted the priest in his booming voice, adding: "Hum Ram Lalla ke wakeel bhi hain (I am the lawyer of Lord Ram)."

Hearing the conversation, a security guard standing on the other side of the grill that separated the small path from the ground outside addressed us, the devotee in him getting the better of the soldier.

See that cow, he said, pointing to a cow walking in the nearby ground along a circular path. "Gau Mata har shaam adhe ghante Ram Lalla ki parikrama karti hain (this cow comes each evening to pay her tributes to Ram Lala)," the guard said.

Sharma, in the BJP media cell at that time, looked at me, nodding his head at what he also thought was a miracle.

We returned after half an hour. Back at the Ashoka Road office of the BJP in Delhi the next day, Sharma told the story to Nirmala Sitharaman, then party spokesperson. She, too, was taken by surprise.