‘We have been given to understand that there is a process in place and that the British side is working on his (Mallya) extradition based on that process,’ Foreign Secretary Harsh Vardhan Shringla said 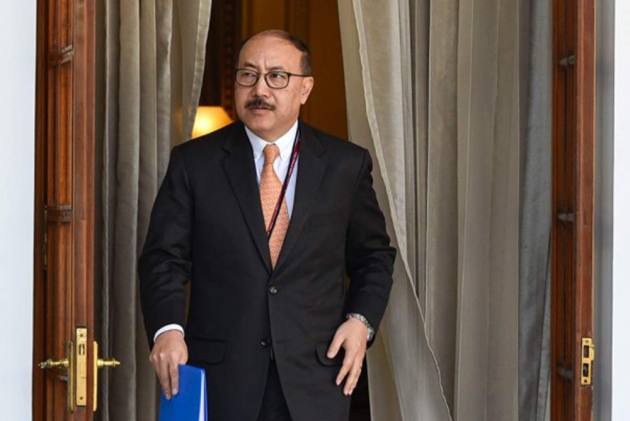 Foreign Secretary Harsh Vardhan Shringla on Saturday said that India has received the “best assurance” from the UK government regarding businessman Vijay Mallya’s extradition in connection with the money laundering case registered against him in India, in which a case has been filed against his now-defunct Kingfisher Airlines.

Shringla, who is on a two-day visit to the UK, said that the British government is working towards extraditing Mallya by following due procedure. “We have been given to understand that there is a process in place and that the British side is working on his (Mallya) extradition based on that process,” Shringla told reporters, in response to a question over the delay in Mallya’s extradition – which is believed to be undergoing a "confidential" asylum application process after all legal appeals were exhausted last year.

Banks That Lent Loans To Vijay Mallya Can Now Sell His Property, Shares Worth Rs 5,646 Crore

“We have no reason to doubt that assurance that this man (Mallya) wanted for economic offences in India, owes a lot of money in India has to be returned to the country. We have made our best case and they have given their best assurance,” said the Foreign Secretary.

Indian High Commissioner to the UK Gaitri Issar Kumar said that the Indian mission in London has been keeping the pressure on over the issue.

“In the High Commission, the assessment is that the extradition has been decided, the only thing is this remaining legal process which they are duty bound to do because it is a judicial process,” she said.

Meanwhile, Mallya’s bankruptcy case will return to the High Court in London on Monday, where a consortium of Indian banks led by the State Bank of India (SBI) are pursuing a bankruptcy order against the 65-year-old businessman to recoup unpaid loans.

Before he leaves for New Delhi on Saturday evening, the Foreign Secretary also confirmed that the first UK-India Consular Dialogue is scheduled for September, when a whole range of consular issues including easier student visa processes are to be discussed.

“The first Consular Dialogue between the UK and India will take place in September. There are a number of consular issues, which is bound to be when there is so much people to people connect,” said Shringla.

“I reminded them about a quick decision on the extradition of economic offenders such as Vijay Mallya and Nirav Modi. I also pointed out that criminals like Jayesh Patel were in custody and he needs to be deported to India as soon as possible. He is here on fake identity documents, there is need for him to face justice back in India,” he said.

Among a range of consular and migration issues that came up during the Foreign Secretary’s UK visit, he also received an update on the Migration and Mobility Partnership (MMP), which had been signed between UK Home Secretary Priti Patel and External Affairs Minister S. Jaishankar in May.

“It was an important landmark decision by the two sides. The Joint Working Group that will get into the nitty-gritty and operational details of this partnership and how to operationalise it, will be meeting in August,” he said, adding that the MMP would lead greater two-way exchange of students and professionals.