The Teesta river is flowing above the danger mark after the cloudburst, officials in Sikkim capital Gangtok said. 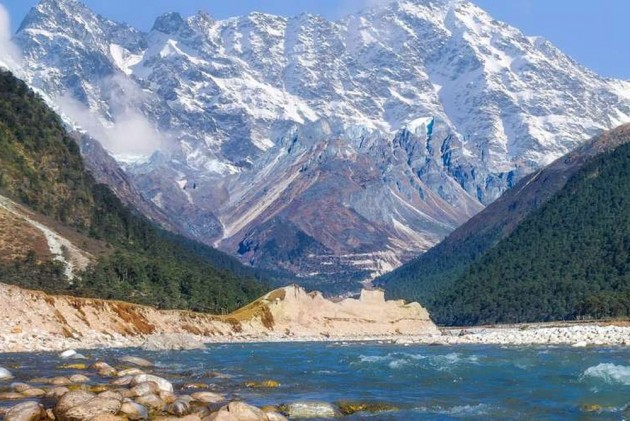 A flood alert has been sounded in a number of areas in north Sikkim and parts of neighbouring north Bengal after a cloudburst inundated the upper reaches of Teesta River.

The Teesta river is flowing above the danger mark after the cloudburst, officials in Sikkim capital Gangtok, said.

A cloudburst was reported in the Teesta III Chungthang water reservoir, officials said. The Himalayan state, vulnerable to natural calamities, including cloudbursts, landslides and frequent earthquake, particularly in the northern district that is bisected by the mighty Teesta River from the Himalayas in the north.

The river has five dams and the cloudburst is likely to have a cascading effect on other dams too. Teesta III has so far released 600 Cumecs of water from its Chungathang dam.

Emergency services are on standby and teams of the State Disaster Response Fund from Gangtok and the NDRF base camp at Pakyong have been deployed in the areas where flood alert has been sounded.

“Efforts are underway to evacuate the stranded tourists first to Lachen and then to Gangtok possibly by Tuesday,” he said.

Sikkim Chief Minister PS Golay has asked authorities to clear the road as soon as possible for the passage of the vehicles carrying tourists to their respective destinations, news agency PTI said.

Villages living near the river bank have been told not to panic, however, they have been advised not to go to the river side for fodder, firewood or fishing, the news agency reported.

Meanwhile, similar alerts have also been sounded for residents living along the downstream banks of the Teesta River in the state, including Singtam—the state’s trading hub— Rangoo and Tessta Bazaar In neighbouring Bengal.