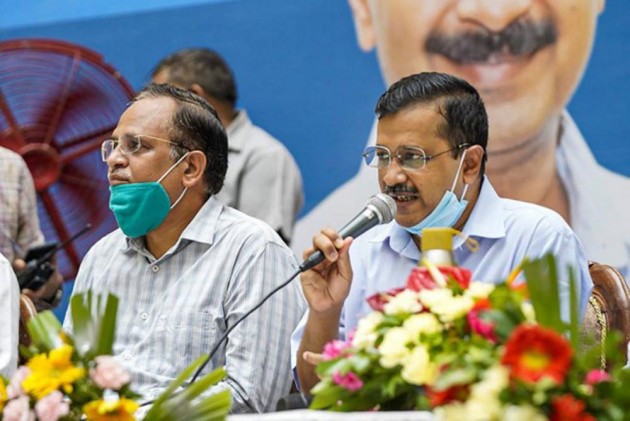 The gradual reduction in the number of new Covid-19 cases is a "clear indicator" that the coronavirus spread is being contained in the national capital, Delhi health minister Satyendar Jain said on Friday. "The Covid-19 positivity rate was 15 per cent on November 7. It is less than 11 per cent now. The maximum number of cases (8,593) was reported on November 10," Jain said.

However, the minister appealed to the people to continue following Covid-19 protocols. There is no harm in wearing a face mask inside a car, the minister said, urging everyone to ensure that they don't step outside their homes without wearing one.

The national capital reported 7,456 coronavirus cases on Thursday and the city's positivity rate was recorded at 12.09 per cent. The AAP government had on Thursday announced sweeping measures, including a steep fine of Rs 2,000 for not wearing masks, reservation of 80 per cent ICU beds in private hospitals, doubling testing centres in every district and postponement of non-critical surgeries at health facilities.

Private hospitals have also been directed to increase the percentage of non-ICU Covid-19 beds from 50 per cent to 60 per cent. The minister also announced that non-ICU beds in private hospitals would be charged the same fee as the ones in government hospitals.

The government has also decided to increase the number of daily RT-PCR tests to 27,000 in the national capital, and MBBS students and interns will also be engaged to tackle the pandemic.