Reforms Being Introduced In All Sectors To Ensure Growth: PM Modi

Addressing the centenary convocation of the University of Mysore, Prime Minister Modi said that the current decade is filled with opportunities for the country’s youth. 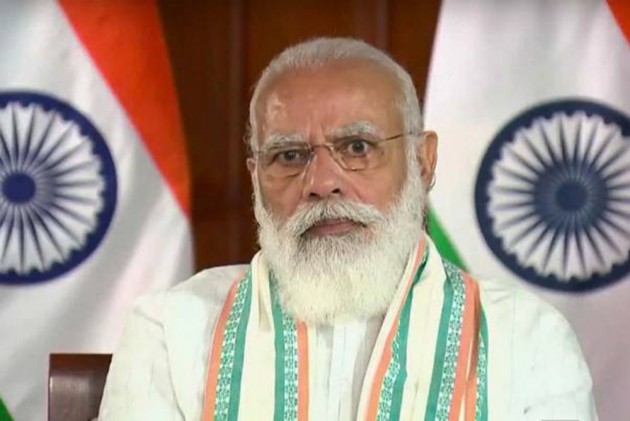 The Prime Minister claimed that this was the first time that multiple reforms are being implemented in multiple sectors simultaneously. "While the direct benefit transfer has brought in reforms to public distribution system, national education policy is safeguarding the future of education sector and agriculture related reforms are empowering farmers,” Mod said. GST was brought in to save the country from the web of taxes and faceless assessment was brought in for the sake of tax-payers, he added.

Addressing the centenary convocation of the University of Mysore through video conferencing, Prime Minister Modi said that this decade promises immense opportunities for the country’s youth. "This decade can be India's only when we make our foundations strong. This decade has brought immense opportunity for the youth," he said.

Expressing sympathy towards those affected by floods in several parts of the state, the Prime Minister said the central government and the Karnataka government are working together to provide relief to all those affected.

Speaking on the National Education Policy, he said, skilling, reskilling and upskilling are the need of the hour and the policy focuses on it. He also said that efforts were being made at all levels to make India a global hub for higher education.

Efforts being put into the higher education sector are not just limited to opening new institutions, but are also aimed towards reforming governance and ensuring equality in gender and social participation, by giving the institutions more autonomy, Modi said adding that reforms in medical education are aimed at bringing in transparency.