The Aligarh administration had imposed a blanket ban on holding any religious function on roads in the Uttar Pradesh district without prior permission. 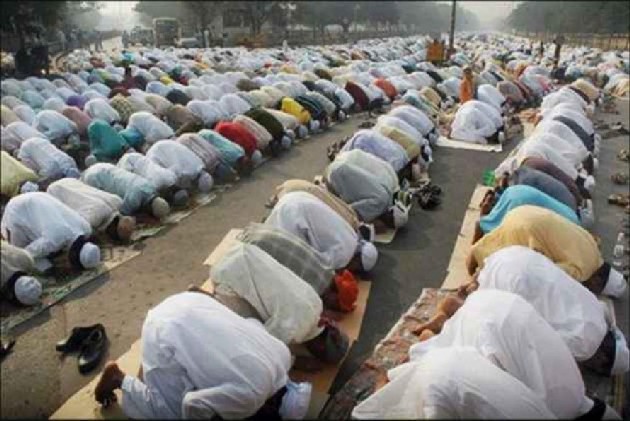 The chief mufti of Aligarh urged Muslims on Thursday to refrain from performing namaz on streets, making a bid to defuse the controversy over the district administration's recent ban on religious ceremonies on roads.

Mohammad Khalid Hameed said the place for performing Friday prayers was inside a mosque.

"If there is a spillover, the devout should not perform namaz on the streets and cause inconvenience to others," Hameed told reporters. "Instead, they could offer their prayers on rooftops of neighbouring buildings wherever convenient."

The Aligarh administration had imposed a blanket ban on holding any religious function on roads in the Uttar Pradesh district without prior permission. It, however, had not included the holding of congregational prayers on Eid al-Fitr and Eid al-Adha.

The authorities have taken the step as a precautionary measure to prevent any disturbance came after some Hindutva groups had last week planned the recital of 'Hanuman Chalisa' on every Tuesday to protest the offering of namaz on roads.

The mufti said the move to recite 'Hanuman Chalisa' on roads was entirely new, adding that there was no earlier tradition of such acts on the streets.

"We do not want to rake up a controversy by adopting a tit-for-tat approach and we would like to defuse any possible confrontation on this issue," he added.