Separatist leaders Syed Ali Shah Geelani, Mirwaiz Umar Farooq and Yasin Malik in a statement said, "People and leadership of Kashmir regret every killing that happens on its soil." 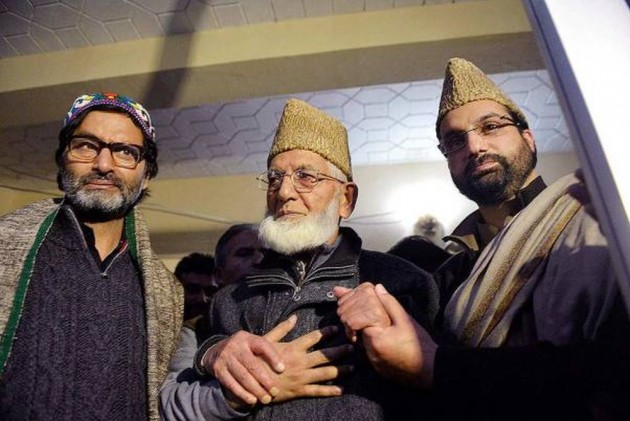 Without mentioning the suicide attack by Pakistan-based terror outfit Jaish-e-Mohammed in Pulwama, in which at least 40 CRPF personnel were killed, Kashmiri separatist leadership on Friday said they "regret every killing" on Kashmir's soil.

Separatist leaders Syed Ali Shah Geelani, Mirwaiz Umar Farooq and Yasin Malik in a statement said, "People and leadership of Kashmir regret every killing that happens on its soil."

"The delay in the resolution of the Kashmir dispute... is wreaking havoc in Kashmir especially," they said.

Those Behind Pulwama Will Have To Pay, Security Forces Given Complete Freedom: PM Modi

"If killing and counter killings have to stop and if we really want peace in the region, we have to put an end to hostilities... engage and listen to the concerns of all three stakeholders and address them in the spirit of humanity and justice. Resolve the Kashmir dispute for all times," they added.

At least forty CRPF personnel were killed and five injured on Thursday in one of the deadliest terror attacks in Jammu and Kashmir when a Jaish-e-Mohammad suicide bomber rammed a vehicle carrying over 100 kg of explosives into their bus in Pulwama district.

The bus was part of a convoy of 78 vehicles CRPF travelling from Jammu to Srinagar.

Prime Minister Narendra Modi on Friday said those responsible for the attack will pay "a very heavy price" and security forces will be given a free hand to deal with terrorists.

In a hard-hitting speech, Modi said the "blood of the people is boiling" and forces behind the act of terrorism will be definitely be punished.

Mainstream political parties of the state, including the Jammu Kashmir National Conference (JKNC) and the People's Democratic Party (PDP) have condemned the Pulwama terror attack