Reign In Tobacco To Control Tuberculosis

The chemical components of tobacco smoke can trigger activation of latent tuberculosis, and smoking can also increase the risk of disability and death in people with active tuberculosis. More than 20% of global tuberculosis incidence is attributable to smoking, and it doubles the risk of the disease. 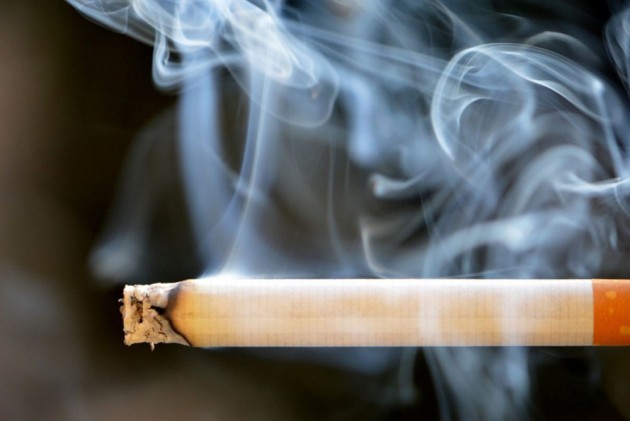 Covid-19 has had an unprecedented impact on the whole world this year. The pandemic is affecting our health as well as the global economy. While overcoming this pandemic remains our first priority and rightly so, we will have serious consequences, if the pre-existing health conditions are compromised and not given due attention due to redeployment of resources. Tuberculosis (TB) is one such condition, which must not be ignored.

According to the India TB report of 2020, in 2019 alone, India recorded 24.04 lakh tuberculosis cases and 79,144 deaths due to TB. It is a hard fact that TB’s fatality rate is higher compared to the current COVID-19 fatality rates in India. India has a tremendous TB burden. According to the Global Tuberculosis Report 2019 - India accounted for 27 per cent of the world’s total TB cases. China was a distant second with 9 per cent, followed by Indonesia (8 per cent), the Philippines (6 per cent), Pakistan (6 per cent), Nigeria (4 per cent), Bangladesh (4 per cent) and South Africa (3 per cent). While the Government of India intends to eliminate TB by 2025, there is still a lot left to do.

On January 1, 2020, India’s TB control program got a change of name from the National TB Control Program (RNTCP) to the National Tuberculosis Elimination Program (NTEP). The change in name was done to focus on the larger goal of eliminating the disease by 2025, five years ahead of the Sustainable Development Goals target. While appreciating this intention of the Prime Minister, many scientists and the medical fraternity have claimed that the disease cannot be eliminated even by 2050 because there is no technology and system to eliminate it.

Covid-19 And Lockdown: A Double Whammy For Tuberculosis Patients in India

To achieve this tall order, there are certain policy decisions that the government must take to help control tuberculosis. One decision that this government should take is to control the access to tobacco. The chemical components of tobacco smoke can trigger activation of latent tuberculosis, and smoking can also increase the risk of disability and death in people with active tuberculosis. More than 20% of global tuberculosis incidence is attributable to smoking, and it doubles the risk of the disease. In addition to influencing the risk of contracting TB, smoking is known to negatively influence the response to treatment and to increase the risk of relapse. Furthermore, recent studies have shown that second-hand smoke increases the risk of contracting the disease, especially in children.

It is so unfortunate that India is not only the biggest contributor to TB cases across the globe but it is also the second-largest tobacco consumer in the world and the third-largest producer of tobacco after China and Brazil (FAO, 2005). As per Global Adult Tobacco Survey (GATS2), nearly 28 % of the adult population in 2017-18 i.e. nearly 275 million adults consume tobacco in some form or the other and this adversely impacts TB case management due to the strong association between tobacco use and TB treatment outcomes.

Often governments are reluctant to ban tobacco products arguing for economic reasons. The National Sample Survey Organization (NSSO), estimated that the Tobacco - attributable cost of TB was three times higher than the expenditure of overall TB control in the country.
Weighing in the ill-effects of tobacco in general and also specifically exacerbating tuberculosis, it is important that the government introduces measures to reduce access to tobacco and also increase the cost of accessing it. The Cigarettes and Other Tobacco Products (Prohibition of Advertisement and Regulation of Trade and Commerce, Production, Supply and Distribution) Act (COTPA), 2003 is the principal tobacco control law in India. The act needs modifications considering the current health requirements of the country and also to bring the country closer to the WHO Framework Convention on Tobacco Control (WHO FCTC).

It is also important that through the amendments in COTPA, the government bans all point of sale (POS) advertising and tobacco product displays. A study assessing data from 130 countries found that point of sale advertising (POS) bans are significantly associated with reduced smoking experimentation among youth. At least 42 countries comprehensively ban POS. Of these countries, 21 countries also ban tobacco product display. Apart from this, the government must also prohibit single stick access to cigarettes to increase the cost of accessing tobacco and dissuade people from smoking.

Being cognizant of these times, it is also necessary that all designated smoking areas in airports, hotels and restaurants are abolished. Abolishing of designated smoking areas will eliminate the avenues for smoking in public and thus reduce access to smoking. It would also help improve the respiratory health of the workers in those places along with reducing the chances of developing other maladies like heart problems and strokes.

In absence of any technology or system available to eliminate Tuberculosis, the government can least of all, start taking decisions that would reduce the incidence of diseases. In this direction, reducing the access to tobacco is the need of the hour, not only to ensure that we are on course to achieve the TB elimination targets but also to reduce the enormous economic burden tobacco places on our health system.