Ever since the university had announced its decision to conduct examinations, the student unions have been holding protests, and even submitted a memorandum to the Governor Bandaru Dattatreya, who is also chancellor of the university. 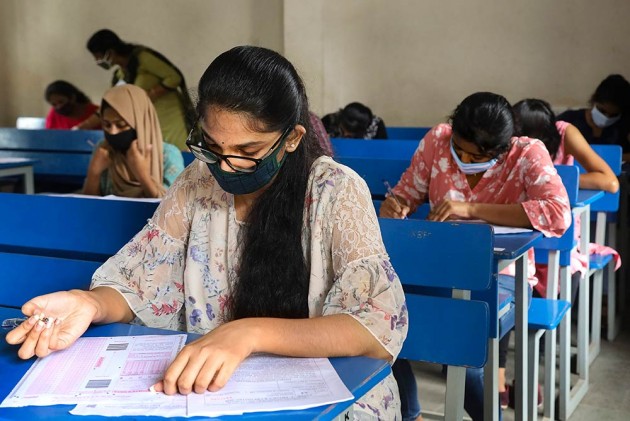 The interim order will remain applicable till August 19 as the Supreme Court is already slated to hear a related case on August 18, the court said.

A division bench comprising Justice Sureshwar Thakur and Justice Chander Bhusan Barowalia passed the orders on a petition filed by students and parents, raising concerns about spread of coronavirus if the University goes ahead with its examination schedule.

More than 36,000 students are expected to write their examinations in colleges as per the Himachal Pradesh university date sheet released on July 26. This, among other things, had set panic among the parents and students.

The examinations were to be held between August 17 and September 8 at 134 centres across the state.

Though the order was passed by the bench on August 14, the University, being unaware of the order, went ahead with the first examination on Monday.

“The order was not available to the university since it was not uploaded on the High Court website. Due to this confusion, the examination for the morning session was held,” a Himachal Pradesh university official said.

Ever since the university had announced its decision to conduct examinations, the student unions have been holding protests, and even submitted a memorandum to the Governor Bandaru Dattatreya, who is also chancellor of the university.

The students have now pleaded in the High Court that since several kids will have to come from outside the state, there are strong apprehensions about pandemic spread in the state.

“This will put the lives of students, their parents and families at grave risk. Cases in the state have already crossed the 4,150 mark, and are further increasing every day,” Nitin Chauhan, a student, said.

The state government, at the plea of the University, had earlier amended the quarantine rules for the students coming for examination from outside the state, waiving off COVID test norm and treating their admit card as "entry permit".

Meanwhile, Himachal Pradesh Education Minister Govind Singh Thakaur said, "State government and Himachal Pradesh University have made all preparations for conducting final year Under-graduate examinations, strictly following the Standard Operating Procedure (SOP) framed by the University Grants Commission. A new situation has now risen after the High Court order. We will file a special leave petition in the Supreme Court in the matter."