Meanwhile, the MEA has said that India has kept a constant watch on all developments along the border in Arunachal Pradesh 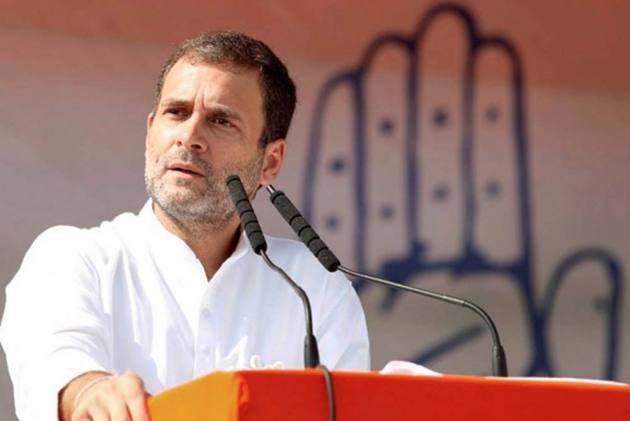 "Remember his promise?” Rahul asked while apparently quoting one of Modi’s earlier comments when the PM said that he “will not let the country bow down” to any other nation.

Rahul’s comments come just minutes after BJP MP Tapir Gao claimed that China has been building villages in Arunachal Pradesh since the 1980s.

“During Rajiv Gandhi's regime, China occupied Sumdorong Chu Valley in Tawang. The then Army Chief planned an operation but Rajiv Gandhi denied him permission to push back the PLA,” Tapir Gao said while speaking to ANI.

Meanwhile, Congress leader Randeep Surjewala also slammed the prime minister over the issue. "Modiji where is that 56-inch chest," he asked on Twitter.

In a cautious reaction to the media reports, India had on Monday said it keeps a constant watch on all developments having a bearing on the country's security, and takes necessary measures to safeguard its sovereignty and territorial integrity.

Congress leader P Chidambaram had on Monday demanded answers from the government on the issue, alleging that BJP MP Tapir Gao has claimed that China has built a 100-house village in the "disputed area" deep into Arunachal Pradesh.

He further wondered if the allegation levelled by the BJP MP is true, will the government again give a clean chit to China or will blame the previous governments for it.

"Mr Tapir Gao MP, belonging to BJP, has alleged that deep into Arunachal Pradesh, in a 'disputed area' within Indian territory, the Chinese have built a 100-house village, a bazaar and a two-lane road in the last year.

"If this is true, it is clear that the Chinese have altered the status quo by converting a disputed area into a permanent settlement of Chinese nationals. What has the government to say about these startling facts," Chidambaram said on Twitter.

Mr Tapir Gao MP, belonging to BJP, has alleged that deep into Arunachal Pradesh, in a
‘disputed area’ within Indian territory, the Chinese have built a 100-house village, a bazaar and a two-lane road in the last year.

The India-China border dispute covers the 3,488-km-long Line of Actual Control (LAC). China claims Arunachal Pradesh as part of southern Tibet, while India contests it.
India and China are locked in a bitter border standoff in eastern Ladakh for over eight months.

India and China have held several rounds of military and diplomatic talks in order to resolve the eastern Ladakh standoff, but no significant headway has been made for its resolution.