Home  »  Website  »  National  »  Remembering M M Kalburgi: ‘Five Years Is A Long Period But There Is Some Hope Now’

Remembering M M Kalburgi: ‘Five Years Is A Long Period But There Is Some Hope Now’

The family and friends of the slain Kannada scholar, Prof M M Kalburgi, reminisce his prolific research and academic pursuits. 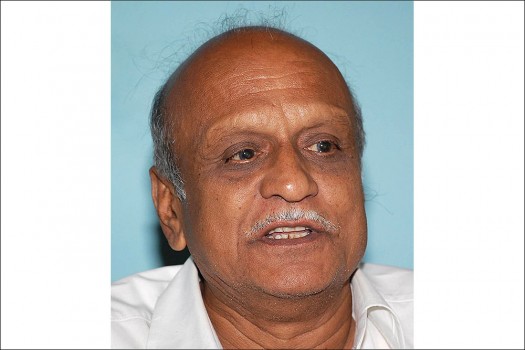 Early on a Sunday morning exactly five years ago, the news flashing across the Kannada news channels dealt a numbing shock that rang across the country –  Prof M M Kalburgi, a scholar of Kannada, had been shot dead at his doorstep. This was in a quiet lane in Dharwad town, just a short walk away from Karnatak University where he had begun his journey in academics.

That journey of letters, in a way, continues through prints and re-prints of the ambitious endeavours that Kalburgi immersed himself in. Since his death in 2015, two new volumes in his Marga series have been published -- there are now eight in all. His pet project -- a two-volume collection of 21,000 vachanas -- too went into print soon after. Meanwhile, the translation of about 2,500 well-known vachanas into various foreign languages is a work in progress –- currently, the collection is available in 23 Indian languages.

“Physically he’s not there but spiritually, or you could say from a literature point of view, he’s still alive and with us,” Srivijay M Kalburgi, the scholar’s son, tells Outlook. There’s still unpublished material that the family, his students and collaborators are working on. Besides, PhD students still drop in at their home from time to time, to refer to his personal collection of books.

The past five years have been a difficult time for the family -- for a long while, there was little progress in the murder case even though the Karnataka Police, based on ballistic evidence, suspected a link between Kalburgi’s murder and the killing of rationalist Narendra Dabholkar and communist leader Govind Pansare in Maharashtra. In 2019, the Supreme Court entrusted the Kalburgi case to a special investigating team which had probed the Gauri Lankesh murder two years earlier.

Last August, the probe team filed its chargesheet naming six persons who were part of a radical rightwing group -- including the alleged shooter Ganesh Miskin, who had earlier been identified as one of two motorcycle-borne assailants in the 2017 Lankesh murder.

Earlier this year, the Supreme Court closed its monitoring of the Kalburgi case since the chargesheet had been filed and the case committed to the sessions court.

“Actually, the journey begins now, that’s how I feel,” says Srivijay. “Five years is a long period but there is some hope now. There is a concrete thing that has happened, things have moved forward. Now, the court will decide.”

During his lifetime, Kalburgi produced 121 books – all these have been compiled into 40 volumes and will be released on his birth anniversary on November 28, says the vachana scholar Dr Veeranna Rajur, one of Kalburgi’s longtime collaborators. For present and future researchers, Kalburgi has left behind enough material, he says.

Apart from the work on vachana literature, writer Rahamath Tarikere points to two undertakings that were equally monumental in scale – Kalburgi set into motion the translation into Kannada of a large collection of Persian and Dakhani literature produced during the Bahmani and Adil Shahi dynasties and later principalities of the region. Various scholars were involved in the translation and 18 volumes were published before Kalburgi’s death. A couple of volumes came out later. “That is a monumental work,” says Tarikere, explaining that the historians in Karnataka until then had largely neglected these resources which were not available in Kannada (though translations in Marathi were available.)

The other key translation project he took up soon after retirement, says Tarikere, was to render the works of the Marathi scholar Ramachandra Chintaman Dhere into Kannada. “I would like to consider this as a bridging of two linguistic communities. Right now, Maharashtra and Karnataka spar occasionally on the border and language issue. But when it comes to culture, we share a common history.”

Srivijay recalls how his father, after retiring from the Kannada University at Hampi as vice chancellor, kept himself busy with various ideas. “He had so many projects in his mind,” says Srivijay. “He always used to say that this life is too short to complete all the things he had to do.”

No Tokens, Only Smart Cards, No Entry Without Masks: Delhi Metro To Resume With Restrictions