At 87, Raja Sahib, as Virbhadra Singh was popularly known, possessed a spirit and willpower unparalleled to any other politician his age. He is known as the modern architect of Himachal Pradesh. 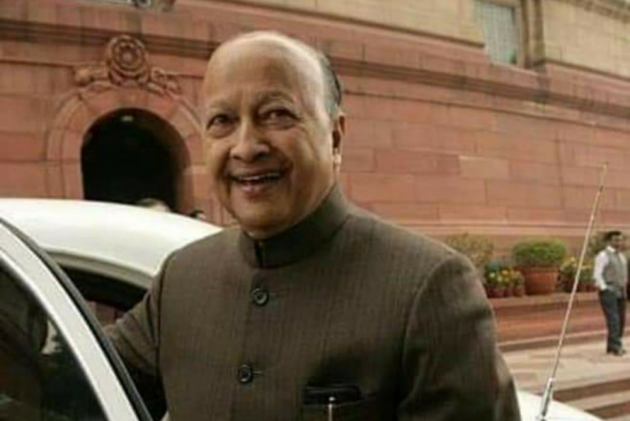 “My strength is my people , you all . Your heart-warming love for me, the affection, support and trust, which I get from you, is my only strength. I try to use it back, for Himachal Pradesh –its development and welfare of everyone. We are Paharis, and we know how to live with self-esteem. We don't like to be bullied “

These are some of the six-time Himachal Pradesh Chief Minister's iconic lines. While expressing his gratitude to people, Virbhadra Singh's eyes often used to swell with tears.

The “king” of Himachal Pradesh’s heart and a political legend, Singh was a sensitive man and yet a highly shrewd politician who used to fight his enemies even with his back to the wall.  Singh's death marks the end of an era, not only for Himachal Pradesh but also for the Congress in the northern hill state.

At 87, Raja Sahib, as Singh was popularly known, possessed a spirit and willpower unparalleled to any other politician his age. He fought Covid-19 twice in the past 90 days and recovered.

However, multiple age-related issues and prolonged illness finally took over the eventful life of the state’s towering, six-time Chief Minister at Indira Gandhi Medical College (IGMC) hospital. Singh is to be credited for the establishment of the super-speciality institution in Himachal.

For all his admirers and those who worked closely with him, Singh is truly the ‘King’ – Raja of the Hills.

With mass appeal on his side and the aura he continued to exert on politics, the veteran from countless electoral battles has not only won many polls himself but also helped others win.

Singh may have himself lost power in later years but his capacity to bounce back, defying age and health complications, was matchless. Barring 1985, when he was sent to the state as Chief Minister replacing incumbent Ram Lal Thakur,  Singh became Chief Minister purely on his strength. He fought the high command's attempts vehemently to sideline him and secured his Chief Ministerial position in 1993  when then telecom minister Sukh Ram was trying to elbow out Singh and become CM.  Singh prevailed again in 2003 and 2012, despite the high command's will.

He was elected to the Lok Sabha for the first time in 1962 and he recalled being invited by Pandit Jawaharlal Nehru to contest the poll when he was 28. Thereafter, he never looked back. Singh has since been known as the modern architect of Himachal Pradesh.

Singh was elected as a member of the Lok Sabha in 1967, 1971, 1980 and also in 2009—when he had lost power to the BJP but opted to win back Mandi Parliamentary seat—his strongest fortress . He was also inducted as minister for Steel in the UPA –II government and later shifted to the Ministry of MSME.

Singh, however, could not complete his full term as was made to resign following a  corruption case filed against him by the then BJP government led by Prem Kumar Dhumal . Singh not only got absolved by the sessions court later but also returned to power replacing Dhumal in 2012.

Virbhadra Singh had several ups and downs in politics but his indomitable spirit to fight back and survive was his biggest quality.

As sitting Chief Minister 2012-2017 , he was booked by the CBI and ED and the agencies also raided his house in Shimla on the day of his daughter’s wedding. It also almost looked as if he will get arrested and thus will not complete his term. Nothing happened and by the 2017 state assembly poll, he got himself positioned in the Chief Ministerial race for the seventh term. Congress' Rahul Gandhi himself announced his candidacy at a poll rally in Mandi.

Singh's greatest ambition during this term was also to see his son Vikramaditya Singh, MLA, begin his electoral innings. Singh vacated his Shimla (rural) seat and secured his son the party ticket, almost threatening the high command to “sit back at home” if the demand was not accepted.

Despite losing power to the BJP, Virbhadra Singh shifted to Arki (Solan) and the son and father duo entered the state assembly together.

His biggest satisfaction even in this loss was that his political rival Prem Kumar Dhumal, BJP’s Chief Ministerial face, lost the poll and could not become Chief Minister.

Upon being asked once what he would have done had he not been in politics, Virbhadra Singh is said to have smiled and said, "I would have been a professor, academician, teacher and author".

Towards the end of his life, Singh wanted to write his autobiography and had even started working on it. The book, however, will remain an unfulfilled dream for the legend.