Arnab Goswami has been arrested for allegedly abetting the suicide of a 53-year-old interior designer, Anvay Naik, and his mother, in 2018. 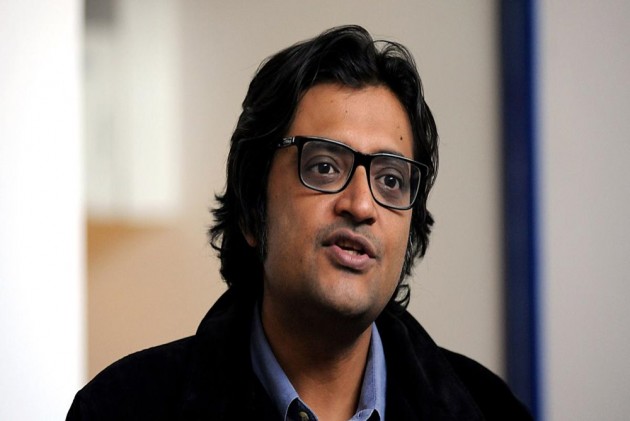 Republic TV's Arnab Goswami was arrested today in a two-year-old suicide case in which investigations were reopened recently, the Mumbai police said.

Soon after, several Union Ministers condemned the arrest as an attack on press freedom, with Information and Broadcasting Minister Prakash Javadekar calling it a reminder of the Emergency.

"We condemn the attack on press freedom in Maharashtra. This is not the way to treat the Press. This reminds us of the emergency days when the press was treated like this," Prakash Javadekar tweeted as reports emerged of Arnab Goswami's arrest.

We condemn the attack on press freedom in #Maharashtra. This is not the way to treat the Press. This reminds us of the emergency days when the press was treated like this.@PIB_India @DDNewslive @republic

According to Goswami, he was manhandled and assaulted by the police at his Mumbai home before being pushed into their van.

News agency ANI quoted him as saying that Mumbai Police "physically assaulted his mother-in-law and father-in-law, son and wife". In videos aired by Republic TV, policemen were seen holding him as they were attempting to take him away.

"Shades of the Emergency! The arrest of Arnab Goswami is an attack on the freedom of the press. Those who really believe in this freedom must speak up!" - tweeted Foreign Minister S Jaishankar.

Shades of the Emergency!
The arrest of Arnab Goswami is an attack on the freedom of press. Those who really believe in this freedom must speak up!

Those in the free press who don’t stand up today in support of Arnab, you are now tactically in support of fascism. You may not like him, you may not approve of him,you may despise his very existence but if you stay silent you support suppression. Who speaks if you are next ?

Arrest of Arnab Goswami is a move to throttle nationalist voice in media.Congress Emergency mindset is still there.#ArnabGoswami @Republic_Bharat @republic

Congress and its allies have shamed democracy once again.

Blatant misuse of state power against Republic TV & Arnab Goswami is an attack on individual freedom and the 4th pillar of democracy.

It reminds us of the Emergency. This attack on free press must be and WILL BE OPPOSED.

The Republic Editor-in-Chief has been arrested for allegedly abetting the suicide of a 53-year-old interior designer, Anvay Naik, and his mother, in 2018.

The designer had reportedly named Arnab Goswami in a suicide note and had accused Republic TV of not paying him his dues.

In May, Maharashtra Home Minister Anil Deshmukh had announced that the suicide was being reinvestigated after a fresh complaint by  the designer's daughter, Adnya Naik. Mr Deshmukh had claimed that Adnya believed the Alibaug police had not investigated Republic's role in the non-payment of dues, which, she claimed, drove her father and grandmother to suicide in May 2018.

The Editors' Guild of India expressed shock. "We condemn the sudden arrest and find it extremely distressing. The guild calls upon Maharashtra to ensure that Goswami is treated fairly and state power is not used against critical reporting by the media," the top media body said in a statement.