The reporter Arindam Das with OTV drowned in Mahanadi river during live coverage of an elephant stuck in the river. 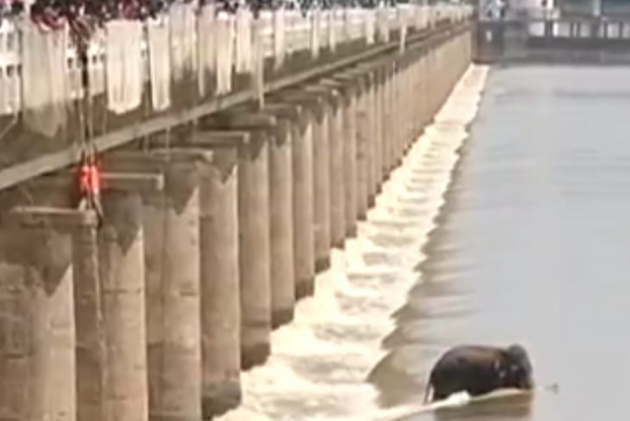 For Arindam Das, it was just another routine day in office. But little did the ace reporter—known for his daredevil coverage of disasters, know that it would be his last day alive.

The chief reporter of OTV, the leading Odia news channel, died due to drowning during live coverage of an elephant stuck in Mahanadi river.

Das died after his boat capsized in the swirling waters of the river.

This is believed to be the first incident in the state, where a reporter has lost his life on the line of duty.

Das and his cameraperson Pravat Sinha were in a boat with personnel of Odisha Disaster Rapid Action Force (ODRAF) that was trying to get near the stranded elephant. Suddenly, the boat got into a river’s swirl and upturned this afternoon. One of the ODRAF personnel on the boat is also missing.

“The five persons who drowned in the boat capsize incident were brought here. Of them, one was brought dead. We did our best to revive him, but failed. We are told his name is Arindam Das,” said Maharana.

He added cameraperson Pravat and another ODRAF personnel are still in a critical condition, while the condition of the other two is stable.

A pall of gloom descended on the journalistic fraternity in Odisha after news about Das’s death broke.

“He would always volunteer to go to ground zero whenever there was a disaster – and today was no different. He offered to rush to the spot and I was more than happy to send him because that has always been his forte. How could I have imagined that it would end in his death?” said Radhamadhav Mishra, the news editor of OTV, his voice choking and trembling with emotion.

Rescue operations are still on to save the stranded elephant, which was part of a herd of 17 elephants that was crossing the Mahanadi near the Mundali bridge. While the others managed to cross the river, this one could not due to strong currents and got stranded.

A 10-member team of experts, along with Chandaka DFO, has joined the rescue team in Mundali comprising forest and ODRAF personnel as part of ‘Operation Gaja’ to rescue the tusker stuck in Mahanadi river.

Despite all efforts, however, the elephant still remained stranded in the waters when this report was being filed.