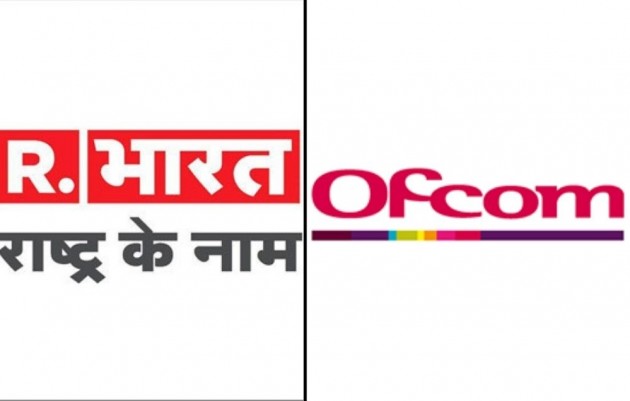 British broadcasting regulator Ofcom has imposed a fine of Rs. 19.7 lakhs on Worldwide Media Network Limited, which operates Republic Bharat in the UK, for failing to comply with broadcasting rules.

The breach in question referred to a screening of "Poochta Hai Bharat" episode on September 6, 2019, 14:26 pm. The series is a daily current affairs discussion programme, which is broadcasted for the Hindi-speaking community in the UK. Ofcom found the episode to have contained "uncontextualised hate speech" and inciteful language against people from Pakistan.

Ofcom defines "hate speech" as "all forms of expression which spread, incite, promote, or justify hatred based on intolerance on the ground of disability, ethnicity, gender, gender reassignment, nationality, race, religion, or sexual orientation."

Section 3 of the code of conduct dictates that hate speech must not be included in programmes, unless justified by context.

The broadcaster said that the programme was based on “a legitimate story covering Pakistan’s involvement in terror activities backed by recent events and statements from leading Pakistani public figures at a time when India was working to become a Space power”. It claims that debate was trying “to showcase how India has moved forward, while Pakistan in the same period has failed to develop at the same pace and how terror groups had been allowed to operate in [Pakistan]”.

It further defended itself and said that the word “Paki" used during the programme was not intended as an insult but as a “casual reference to the nationality of Pakistan”. It cited examples of the common use of the word “Paki" that had been reclaimed by Pakistani people.

Ofcom found the context to be lacking and insufficient for the usage of the word, and slapped a fine in breach of Rules 3.2, 3.3 and 2.3 of its broadcasting code.