According to an official of the UP government, two women dancers and one man dressed as Lord Ram shall accompany the state's tableau depicting the heritage of Ayodhya 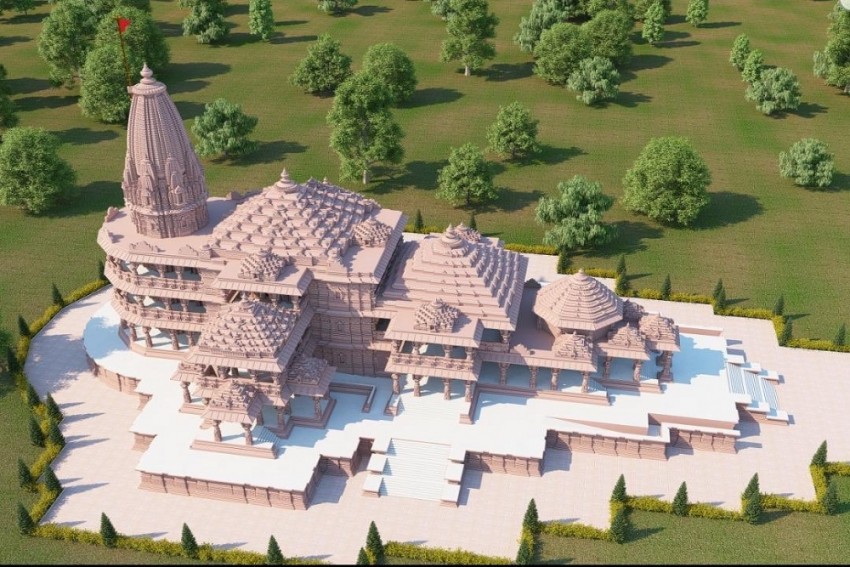 The bedecked tableau of Uttar Pradesh being showcased in the Republic Day parade shall have glimpses of Ayodhya's heritage, a replica of a Ram temple, a glimpse of 'Deepotsav' and various stories from Ramayana epic, said an official of the Uttar Pradesh government, accompanying the state team.

He added that on the rear side of the tableau, there shall be a model of the temple, while it will be fronted by a sitting model of Maharishi Valmiki. "Ayodhya is our holy place and the Ram temple issue has been an emotive one for the faithful. Our tableau will showcase the ancient heritage of the town, revered by countless people across the country".

A group of artists, including two women dancers, will be part of the tableau and one person will be dressed up as Lord Ram.

A media preview of the various tableaux, including a total of 18 states and union territories, was held at the Republic Day's cultural camp at Delhi Cantonment on Friday.

Ajay Kumar, who wore a yellow silk dhoti and rudraksh garland around his neck and held a bow in his hand, said, "I am very excited and happy that Ayodhya and its heritage will be showcased in our tableau and I have been chosen to play our beloved Lord Ram".

"We have been waiting to see Ayodhya's heritage being showcased on Rajpath," said Kumar, a resident of Laxmangarh in Chandauli district, as he posed for photographers.

Ayodhya's Deepotsav celebrations with earthen lamps are depicted on one side of the tableau, while other murals show embracing of Nishadraj by Lord Ram and eating of Shabri's berry by him, the salvation of Ahilya, bringing of Sanjeevani by Lord Hanuman, Jatayu-Ram samvad, Ashok Vatika and other scenes.

On November 9, 2019, the Supreme Court had settled the fractious Ramjanmabhoomi-Babri Masjid issue going back more than a century and backed the construction of a Ram temple by a trust at the disputed site. It also ruled that an alternative five-acre plot must be found for a mosque in the Hindu holy town.

Prime Minister Narendra Modi last August had performed the 'bhoomi pujan' of a Supreme Court-mandated Ram temple in Ayodhya, bringing to fruition the BJP's mandir movement that defined its politics for three decades and took it to the heights of power.

The Ram temple is scheduled for completion in 2023.