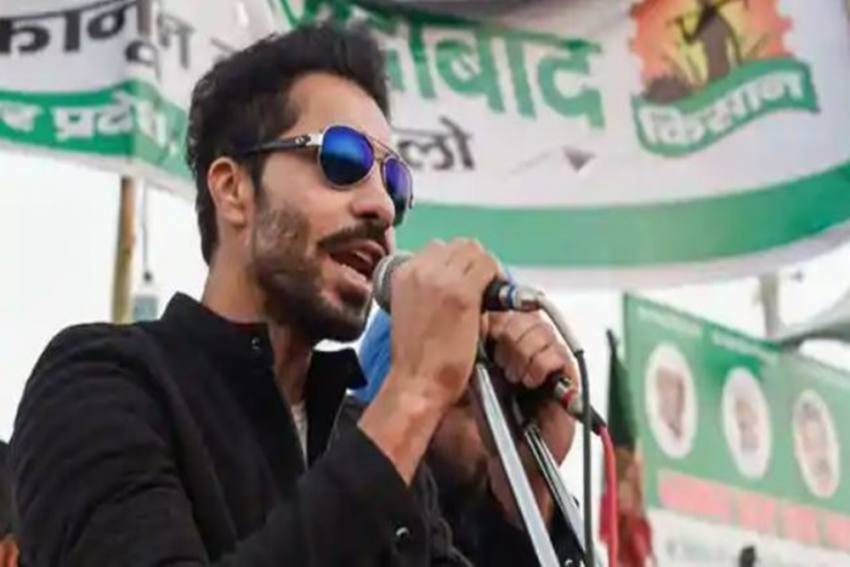 A court in Delhi reserved its order on the bail plea filed by actor-activist Deep Sidhu, held in connection to the violence that occurred on Republic Day during the farmers' tractor rally at Red Fort.

Sidhu's counsel told the court that mere presence did not make him part of unlawful assembly and that he was an honest citizen who was part of a protest.

Need Time To Bring Out Truth, Will Then Join Investigation: Deep Sidhu

The public prosecutor representing the Delhi police claimed that Sidhu participated in the protest with the intention to create violence and disregard the national flag and that he was the main instigator of unlawful assembly.

Sidhu was arrested on February 9 in connection with the Red Fort violence on Republic Day during the farmers' tractor parade against the Centre's three new agriculture laws.

The prosecutor opposed the bail application, claiming that if released, Sidhu will destroy the evidence as he destroyed two phones before he was apprehended.

He told the court that before January 25, Sidhu gave an interview to the media wherein he said “26th (January) is coming..more and more people should come.”

The prosecutor read out the transcripts of an interview that Sidhu had given to a news channel and claimed that he admitted in this interview that he broke the barricade.

He further quoted from the interview where Sidhu had allegedly claimed to have broken barricades in Punjab on November 26.

He claimed that in Sidhu's presence national flag was disrespected and that he did not try to stop it.

The prosecutor claimed that Sidhu was very well aware in advance that protesters at the Singhu border will not follow the route.

“There was no intention to follow the route. There was a plan to defame our country. They disregarded our national flag. When police tried to stop, they were attacked by mob brutally...more than 144 police personnel received injuries,” the prosecutor said.

The investigating officer (IO) added that “There was one lakh reward on him. Police caught him. He was absconding. His role is different from the ones on bail. There can be no parity.”

Sidhu's counsel opposed the police's arguments, saying that the accused was talking about unity in protest.

“He's insisting let's be united. Let's follow what leadership is saying. How can religious slogans be inciting violence,” he said, alleging that police was reading the transcripts of the interview out of the context.

He further said, “IO is saying someone has thrown the flag from the mob. Can all 1000 be implicated?”

“They're saying as if I'm going and people are following me. I leave before violence erupts. I'm asking people to maintain peace. Going by their logic, whoever reached Red Fort on that day, is an accused.

“Mere presence does not make me part of unlawful assembly. I'm an honest citizen who was part of a protest,” the defence counsel said.

On January 26, thousands of protesting farmers who reached ITO from the Ghazipur border clashed with police, the agency claimed in its FIR registered in connection with the Red Fort violence, adding that many of them driving tractors reached the Red Fort and entered the monument, where a religious flag was also hoisted.

In the FIR, police said two magazines with 20 live cartridges were snatched from two constables by protestors who also damaged vehicles and robbed anti-riot gear.