People are in distress and not everyone can afford therapy, says Zehra Mehdi who is giving free consultation online 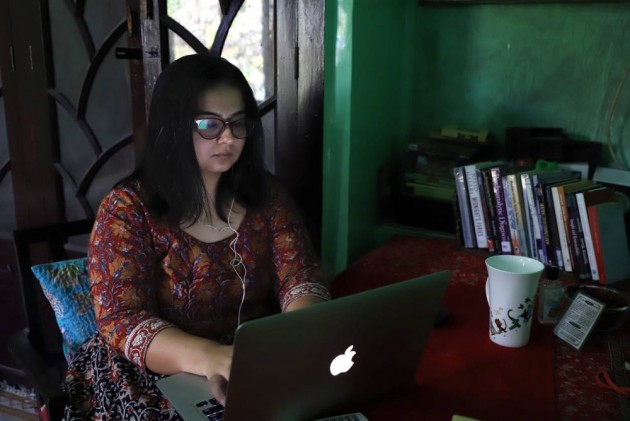 The coronavirus-induced lockdown has taken a heavy toll on people’s minds and psychotherapist Zehra Mehdi is offering pro-bono consultations online to help them cope with the stress.

People are dealing with a lot of anxiety because of the confinement, she says; they are scared for their lives because of the virus, uncertain of the future, feel everything is collapsing and unsure if life as they know it will resume.

“A college girl was under such anxiety that she would shudder, tremble, and feel her body shutting down. Struggling with the chaos outside, I explained, her body too had gone into a lockdown. As the boundary between the inside and outside blurred, a sense of doom set in,” says Mehdi, a 34-year-old researcher pursuing her PhD from Columbia University. She is in Delhi since June last year as her research involves a psychological study of political identity of north-Indian Muslims.

Lockdown: Domestic Violence On The Rise, Are Men Putting More Pressure On Women?

Coronavirus And The Great Depression of 2020: How Mental Demons Are Adding To Life's Miseries

During anxiety, one gets a feeling that they are losing control over the self. “I told her to make a list of little tasks and follow them in an ordered manner. That would restore the control and also give a sense of order to her life,” she adds. “A therapist’s job, Sigmund Freud held, is to convert a symptom into ordinary suffering and help people endure it.”

Mehdi devotes about 6-7 hours to these sessions every day, during which she usually counsels three to four people, besides responding to others on email. When asked why she does it gratis, she responds, “Log bohot takleef mein hain, unhein zarurat hai (People are in distress, they need it). And not everybody can pay for therapy.” Prior to helping people during lockdown, she was offering therapy to people, especially students, impacted by reports of police excesses during anti-CAA protests and Delhi riots.

Among those who approach her during lockdown are students, journalists, and housewives. She often advises anxious students to do a conference call with other friends. “The person then realizes that she is not alone in this and she doesn’t have to find a solution to the situation. Rather, a collective solution will emerge. The sinking feeling then abates,” adds Mehdi.

The job is exhausting, yet supremely fulfilling, she explains. “People have so much capacity to bear pain, so much courage, so much love. It overwhelms me at times. These conversations also make me very patient and keep me grounded.”