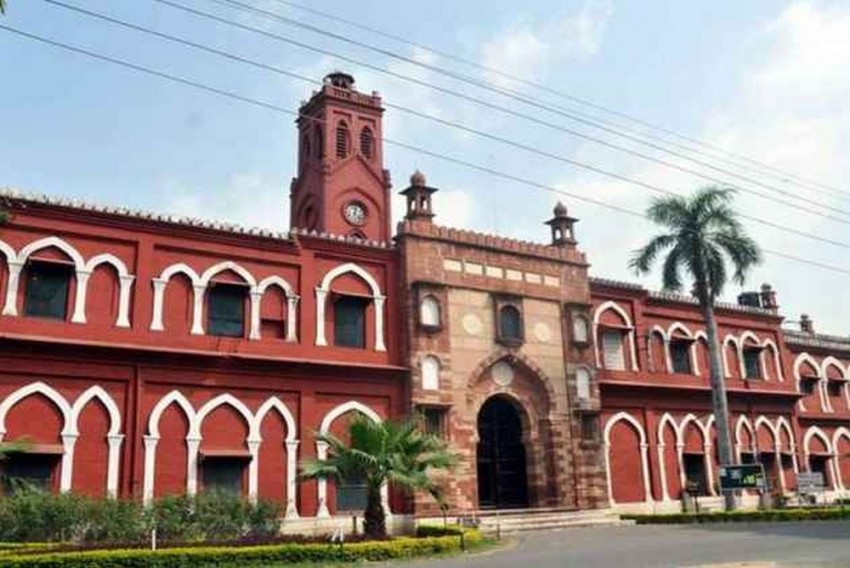 Resident doctors at Aligarh Muslim University's Jawaharlal Nehru Medical College have demanded the reinstatement of their two colleagues amid allegations that they were removed for comments in connection with the case of alleged gang rape and death of a woman in Hathras.

The AMU authorities have denied the allegations as "highly speculative" and said the two doctors were engaged "on a temporary one-month vacancy from September 9".

The order ending the contract of the two doctors -- Dr Mohamnad Azeemudin and Dr Obaid Imtiaz -- was issued by chief medical officer S.A. Zaidi on Tuesday, a day after the CBI team probing the gang rape and death case visited the hospital.

The Resident Doctors Association (RDA) has in a letter to the AMU vice-chancellor urged him to take immediate steps to withdraw the termination order. If the order was not revoked within the next 24 hours, the RDA said it would call a general body meeting of its members and "decide its future course of action".

The letter signed by RDA president Mohammad Hamza Malik and general secretary Mohammad Kaashif states that the action against the two doctors smacked of "vendetta politics" and was aimed at muzzling the right to freedom of expression.

The two doctors told reporters on Tuesday that "they were quite taken aback by this step because they had not been given a chance to present their view to the authorities."

The two doctors have also written to AMU vice-chancellor Tariq Mansoor seeking his intervention in the matter.

In response to a query by media persons, the two doctors had hinted that they might have paid a price for giving their opinion to some journalists who had visited the hospital in connection to the Hathras case.

Dr Azeemudin had, however, denied speaking out of turn in the case.

Reported comments of one of the doctors contradicted the Uttar Pradesh police's stand that the FSL report in the case found no traces of sperm indicating that there was no rape. The doctor had reportedly claimed the FSL report had no evidentiary value as samples were collected 11 days after the crime.

When contacted, AMU spokesman Shafay Kidwai told PTI: "The two doctors were on a temporary one-month vacancy from September 9, and when the vacancy ended they were fully informed. There is no question of terminating anyone's services. It was a normal procedure and it is just a coincidence that this step ensued after CBI questioning."

"As a matter of fact if the medical college authorities want to extend the appointment of the two doctors for a stipulated period then they can write to authorities concerned at the university," Kidwai said.

Local BJP Nishant Sharma has called for a probe by the central government into the role of all doctors who allegedly issued controversial statements on the Hathras case.